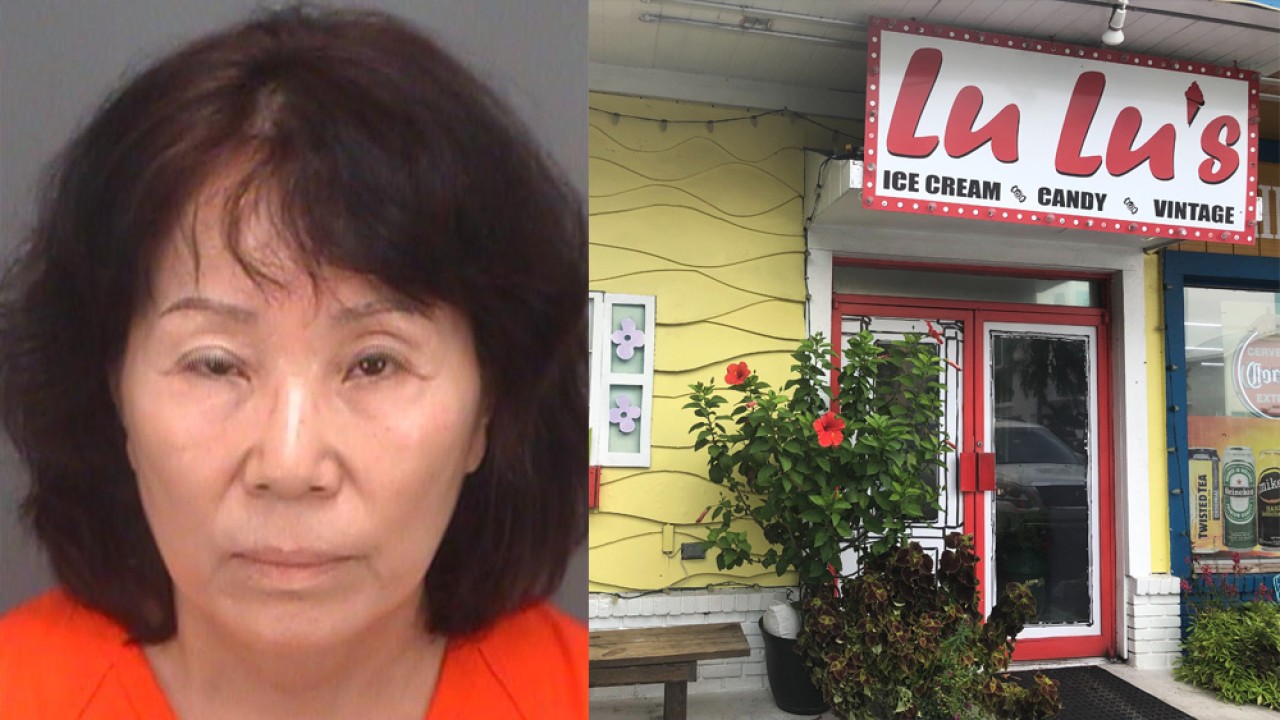 When a sentence starts with Florida man (or in this case, woman), you know that what’s coming next is usually pretty fucked up, and in this case, it is exactly that.

A 66-year-old (Florida) woman was caught on tape as she took a piss on a bucket made to use ice cream and spat out mucus in the ice cream. She is now facing felony charges of criminal mischief and tampering with consumer products.

This is exactly how it went down – the perpetrator, Jung Soon Wypcha and her husband own the Indian Shores Food Mart, just next door to Lulu’s Ice Cream Shop,  with whom they even share a bathroom. The arrest affidavit mentions Wypcha using the bathroom without washing her hands, then proceeding to pick her nose and stick her booger fingers in the ice cream, as well as spitting mucus in it.

However, Wypcha clearly felt that she hadn’t done enough to harm the neighbouring business as she was caught urinating in the mixing buckets used to make the ice cream just five days later. According to arrest records, she caused $2,000 worth of damage, and Lulu’s had to close the store to clean their equipment. Responding to WFTS on Facebook, a Lulu representative said:

We feel like we just woke up in a war that we didn’t even know was going on. This is pretty scary. I never wanted to be famous and certainly not like this!!!

This seems like quite an unorthodox tale of revenge. The ice cream store next door has recently gained in popularity, with more and more people visiting the shop and parking in the lot which may have been the reason for Wypcha’s anger. However, I’m not sure it was the best idea for the 66-year-old woman who is now facing the repercussions both with her store and the law.

It’s fair to assume that her food mart will be losing business, and she was just released on a $55,000 bond. That’s not a good equation for her. When you’re 66 years old, surely there are better ways to spend your time? What happened to good old Bingo?

Weirdly, there have been loads of stories in the past couple of weeks regarding people tampering with food products in supermarkets. First, there was a woman who licked an ice cream tub in a supermarket and put it back  in the fridges, and just two days ago, a woman in a store gargling Listerine and spitting it back in the bottle.

Thankfully, they have both been identified and are now being charged with a felony, facing 20 years in prison.  The law decided to do something about this, and hopefully, this will discourage any further people from engaging in such nasty behaviour. In the meantime, maybe stay away from ice cream tubs?