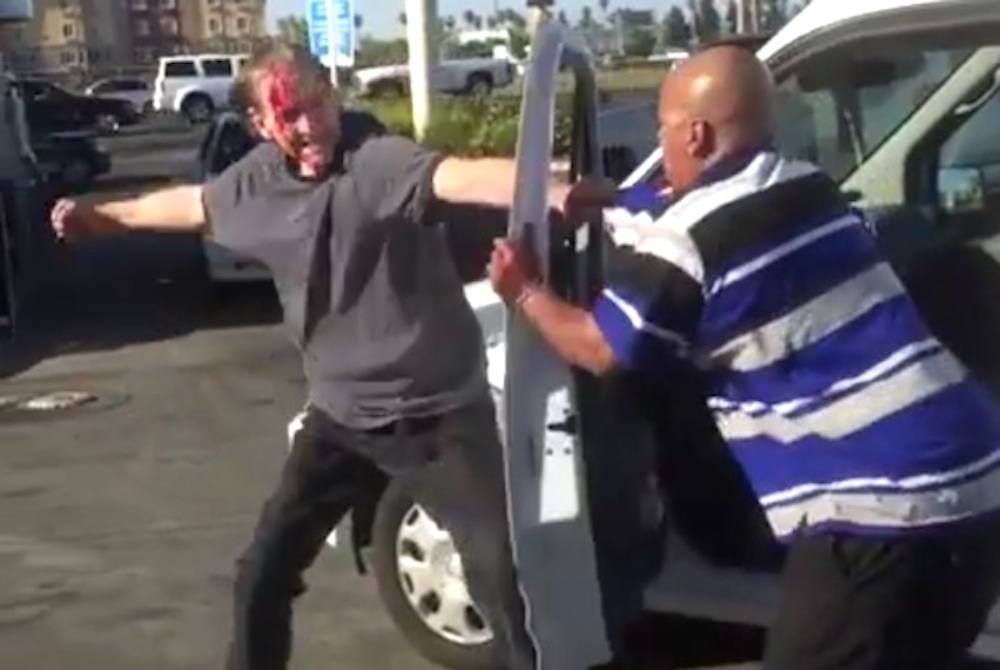 One of these guys may or may not be on new super drug flakka.

I’m not sure what the hell these two guys in the video are fighting about – they don’t seem like they know each other – but they are laying into each other hard in the forecourt of a petrol station and seem determined to fight all the way to the finish.

Things get really serious when the one dude gets out a baton and cracks the old dude over the head with it, cutting him up good and proper, but he doesn’t back down and continues to keep punching him and slamming the door into his limbs. Even after the young guy nails him with a taser he keeps going for it, despite obviously being a little worse for wear. The fight only ends when the younger guy gets in his car and drives off, but even after all the punishment the old guy has taken he’s still gunning for him.

Given that this fight took place in Florida, it’s probably likely that the guy was on new designer drug flakka as it’s supposed to give you superhuman strength (as well as make you go completely and utterly crazy). Find out more about flakka here.