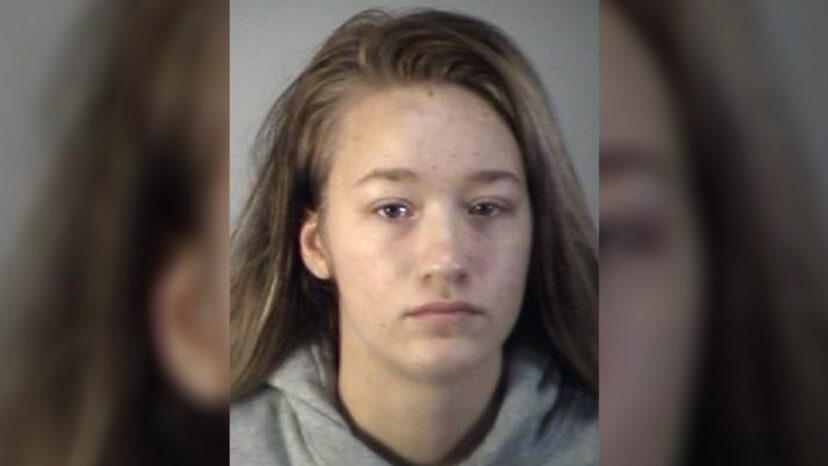 Florida really is the gift that keeps on giving – I really thought that the Florida story about the guy with a fetish for having his balls cut off couldn’t be beaten, but here we are with a girl who stole her parents’ debit card in order to pay a hitman to kill them. Only in the Sunshine State.

17 year old Alyssa Michelle Hatcher from Umatilla – where the hell are all these places in Florida and how do they come up with their names? – was arrested on Monday and charged with two counts of criminal solicitation for murder and one count of theft. She was caught after one of her friends told the police of her plan to kill her parents.

Hatcher admitted that she stole her parents’ debit card and then withdrawn $503 and $926.40. She spent the first $500 on $100 of cocaine and gave the rest to a friend, telling him to find someone who would kill her parents and then give them the money for doing so. When that friend came up short, she withdrew the $900 and gave it to what she described as a ‘black dude’ to try and sort out. So seedy and racist it’s untrue, but I guess that’s Florida for you, right?

Here’s what Officer Fred Jones said about the case:

According to investigators the juvenile suspect stole her parents debit card and made two separate transactions withdrawing funds to pay the individuals to carry out the murder.

The juvenile suspect was placed in custody and transported to the Lake County Jail where she was processed and turned over to the Department of Juvenile Justice.

This is a sad case when you think about the family dynamics and everything… whether it was going to take place or not, the money did exchange hands and we’re glad we were able to stop what could’ve happened

When it comes to something like that I cannot imagine the shock you would be in as a parent knowing that this is my daughter – what my daughter intended to do.

I mean yeah how bad must things be at home if you’re actively stealing your parents’ money and spending it on hiring someone to kill them. I mean it’s bad enough stealing it to spend on booze or drugs or something but murdering them is like a hundred levels ahead of that.

Needless to say, the parents are pursuing charges against Alyssa so it looks like their family unit will be destroyed forever. Stay classy Florida.

For more of the same, check out this story about Florida legend Wrinkles The Clown. That’s some next level weird.