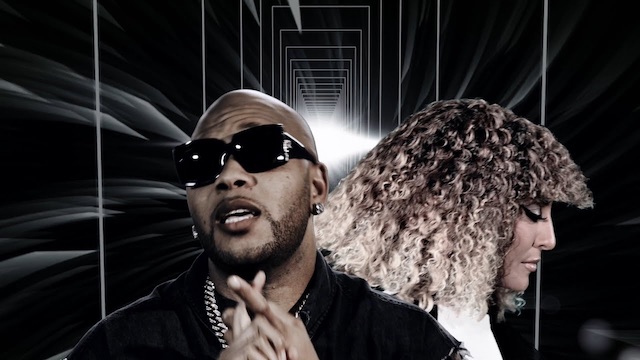 Boots with the fur.

The Eurovision song contest is undoubtedly one of the dumbest events that has ever existed, but I thought we had kinda gone past that era where people like Blue and Darude entered it to try and bring some credibility to it – it seems like I was wrong though.

Actually that kind of depends on whether you think having Flo Rida show up to represent San Marino gives the competition more or less credibility as there’s definitely arguments both way. Apparently the San Marino entrant Senhit reached out to Flo Rida who was so stoked that she asked him to perform on her song ‘Adrenalina’ – which sounds like it’s going to be one hell of a Europop dance party anthem doesn’t it? – that he couldn’t say no.

Here’s the track and Flo Rida’s statement about his appearance:

I’m so excited to see you guys at the Eurovision Song Contest. I’ll be hitting the stage with the talented superstar Senhit to perform our new record Adrenalina.

It’s such a good feeling to be back in Europe after so long. I’m very grateful to be able to perform once again, and on the biggest stage in the world.

Hmm. I thought it was gonna be a bit more pumping than it actually was when it got to the chorus, but I suppose it’s the kind of stuff that goes down well at the Eurovision song contest so it’s definitely in with a chance. It is quite sick when Flo Rida shows up and starts rapping nonsense though.

Maybe this could actually be a crossover hit for the summer when we’re all allowed back into the clubs on the Costa Del Sol to party? You heard it here first.

For more of the same, check out Belarus’ entry in 2016. That was really something else.