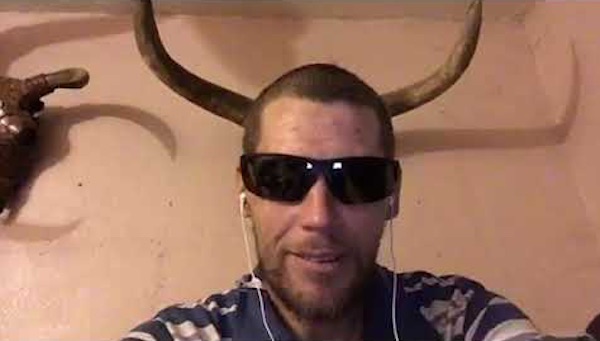 The Flat Earth movement seems to be gathering almost as much momentum as the vegan movement and both of them seem to generate a similar amount of hatred, but whilst one of them is somewhat beneficial I think that most of us can see that people who are convinced the Earth is flat are for the most part complete and utter morons.

This has been illustrated once again in the honour system of one YouTuber called Flat Out Hero, who challenged another one called Wolfie to prove that the Earth was round using some flight charts. I’m not really sure what he was talking about here but it basically involved flying to a couple of different points and only turning at 90 degree angles and making sure that the same distance was travelled between each one.

Anyway, if Wolfie – or anyone else – managed to do this, then Flat Out Hero would pay them $100,000. Woohoo! However, turns out Flat Out Hero isn’t exactly the flat out hero that he describes himself as because he refused to pay Wolfie after he completed the task both in an actual plane and using the charts, instead claiming that he didn’t believe Wolfie and so wasn’t going to pay him. Classic Flat Earthers really hey?

I mean there are literally about 50 videos of these two going back and forth -although it’s important to note about 47 of those are from Flat Out Hero and about three of them are from Wolfie – and  I’m not entirely sure who the bigger idiot is because it seems kinda dumb that Wolfie went to so much trouble to disprove this loser.

Even despite this though, Flat Out Hero is by far and away one of the dumbest and most ignorant rednecks in history who has nothing better to do than make ridiculous YouTube videos that make people hate him because he’s some unemployed hillbilly from the Deep South. There’s no way the guy even has $100,000 to pay out for this prize so that’s another strike against Wolfie there for even bothering to go to all this effort for a reward he was never going to receive. But yeah, he ain’t got nothing on Flat Out Hero.

Hopefully these two will settle their beef in a boxing ring or something. Not outside the realms of possibility is it?

For more Flat Earthers, check out this guy claiming that the Earth is actually shaped like a doughnut. What?