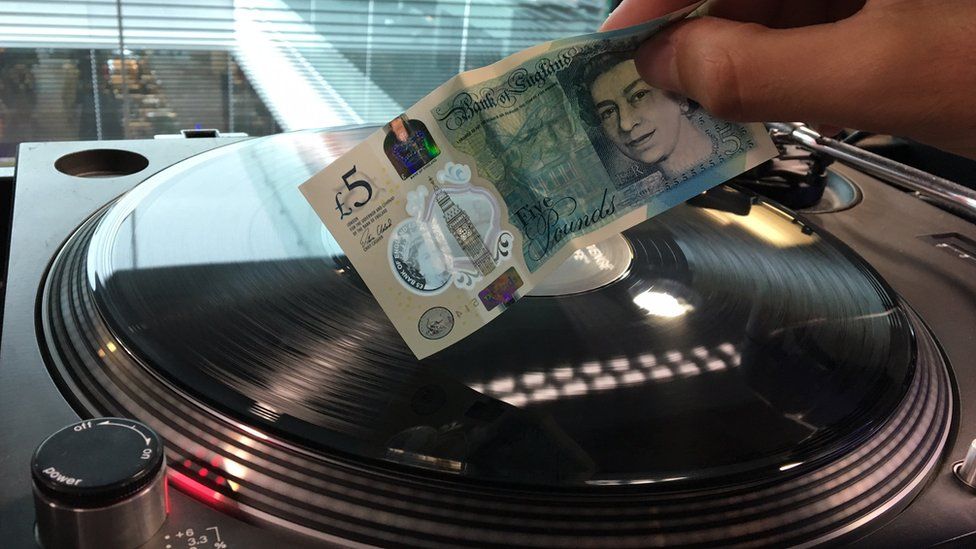 Ever since the new plastic £5 notes came out in the UK, people cannot stop talking about them – which is pretty fucking depressing when you think about it.

However, this tidbit on the new fivers is actually genuinely interesting. Turns out, thanks to the durable material used to coat the notes, they can be used to play vinyl music.

And here’s the proof, courtesy of 32-year-old DJ Tom Noone:

Pretty cool, hey? Here’s another, just in case you think that’s a fake:

OK, so it might not sound as good as just straight up playing the record, but it’s a good party trick – you could at least use it to impress a few cokeheads at the next after party.

And remember, if you find one of these notes with ‘AK47’ on the serial number, sell it. They are going for insane amounts of money on eBay.