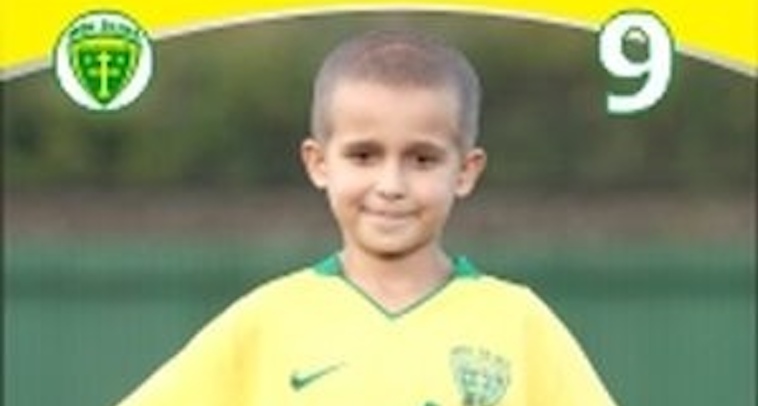 I wish I was as good as this kid is at football now, let alone when I was 9 years old.

Lazer Horse sent this over to me at the weekend. I’m not sure how he managed to find it or anything but all he told me at the time was that he had found a video of some young kid playing football and that he was a complete and utter sickhead, but that he didn’t know anything about football and so couldn’t write anything about it. I was like ‘yeah right, like this 9 year old kid is gonna be completely sick at football and worth writing about, Lazer Horse really actually doesn’t know anything about football,’ but then I checked it out and it looks like I got got because this kid really is a complete and utter sickhead.

The footage that Lazer Horse sent over is from an U10’s indoor tournament – I guess it’s over in Slovakia because it seems like this kid is in the MSK Zilina (famous-ish Slovakian team) youth set up – and this kid Patrik Jakubik just absolutely smashes it. Even though it’s five a side he plays like a true central midfielder, picking the ball up from the back, ghosting past a player and then picking out an inch perfect pass to one of his teammates, which is pretty much a recurring theme in this video. I hate to be so obvious but the way he kind of dances past players makes him look like a pintsized Messi, it’s killer.

He’s also got a decent shot on him and scores a couple of goals, and doesn’t go too crazy celebrating them or anything which suggests he might have a wise head on his young shoulders and might actually make it as a footballer instead of being someone like Kerlon or Freddy Adu who get really hyped up at a young age and subsequently completely fail. Patrik Jakubik also likes a  tackle too but I think his best quality is definitely just his ability to pick out a man in space and slide the ball straight to his feet or slightly in front of him. I think he could be a real talent, I might even send Lee Clark a video of him so he can try and pick him up for the Blues.

â˜› Read This Next: Evolution Of The Seal Dribble

I wanted to find out some more information about Patrik Jakubik because he’s obviously really sick at football and only 9 years old so you would think that there would be a couple of write ups about him, but it seems like anything written about him is in Slovak (is that a language?) so I can’t understand it. I tried whacking it through Google translate but it just came out sounding stupid because you know that stuff never works out properly. So yeah, I couldn’t. I did find another couple of videos of him though and he’s playing in 11 a side out door matches this time and it doesn’t seem to phase him and he still looks completely sick, which is completely awesome again. I threw them in the end so you can check them out too. The third one is probably the best as it has a really cool foreign hip hop song as its theme music.

If anyone out there has any information about Patrik Jakubik just hit us up, I would love to know more about him.

â˜› Watch This Next: Bearcup – Football Crossed With UFC

â˜› Then Check This One: Bruno Mezenga – Insane Backheeled Volley