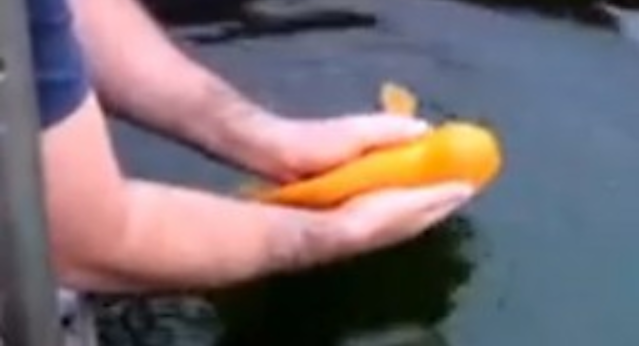 Apparently this Red Devil fish in Turkey likes nothing more than being petted and thrown around like a dog.

For some reason this fish thinks that it’s a dog. It loves getting picked up out of the water, petted a bit like a dog and then thrown back in, only to repeat the process over and over again.

Apparently the fish is known as a red devil, and is actually known as a fish that enjoys being petted and thrown around. I’ve never, ever heard of a fish that is like that, but hey I don’t know much about fishes so I’m willing to believe that all that is true. Let’s just hope it’s not a late April Fool or something.

The video was taken in Turkey if you feel like tracking down the fish and petting it yourself – there’s your starting point.