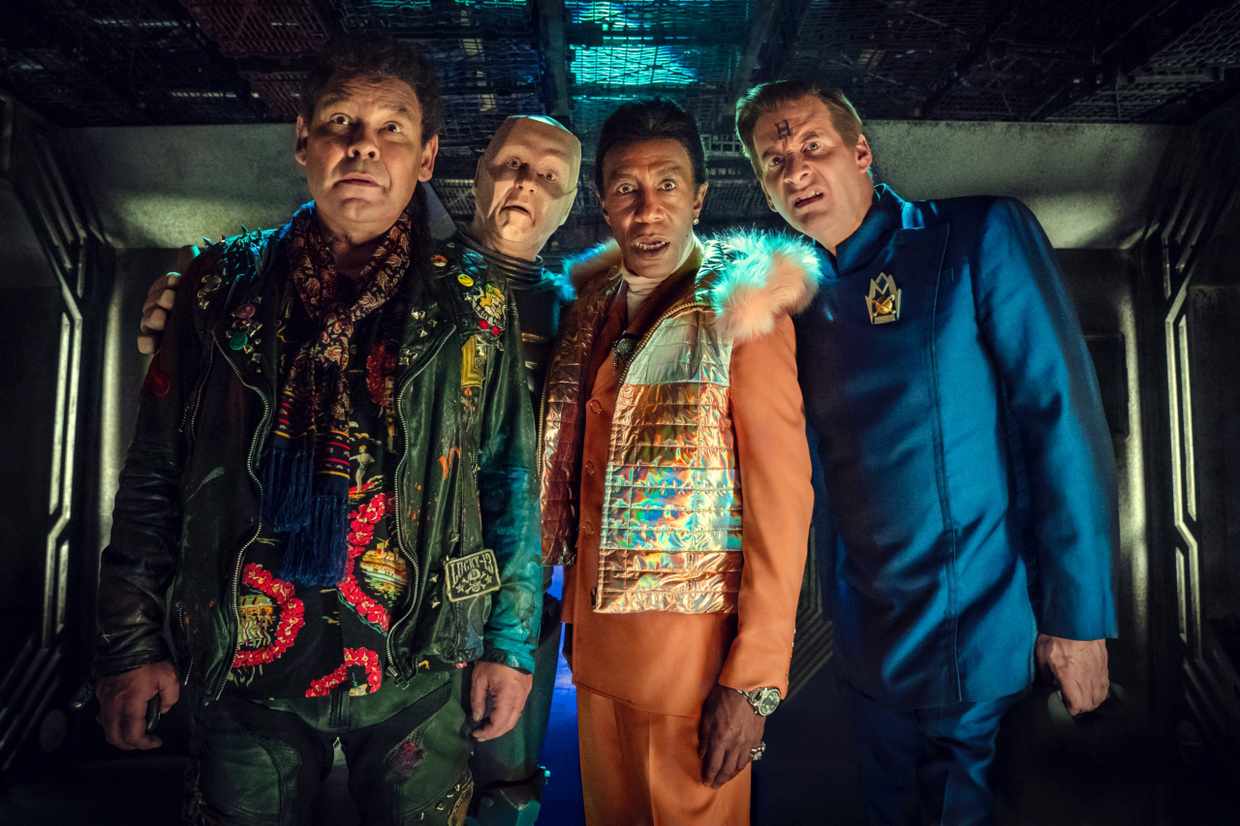 The gang is back again.

When you think about it, it’s kind of crazy that ‘Red Dwarf’ has been running for over thirty years and the original cast and crew can still get together to make new episodes – even if they’re not that good any more – so you really do have to celebrate when a new instalment of that shit turns up.

The thirteenth and latest ‘Red Dwarf’ adventure will take the form of a 90 minute special feature movie that will be broadcast on Dave later this year, I would guess probably around Easter as they tend to show big one offs around then. Here’s the first teaser trailer and official synopsis:

Three million years ago… David Lister, a vending machine repairman, was sentenced to eighteen months in suspended animation for smuggling his pregnant cat aboard the mining ship Red Dwarf. While  Lister remained in stasis, a radiation leak killed the rest of the crew. Safely sealed in the hold, the cats evolved into humanoid form. The cats now roam deep space in a fleet of their own…

The special will see the posse meet three cat clerics (Tom Bennett, Mandeep Dhillon, Lucy Pearman) who worship Lister as their God. Lister vows to help them as they’re being hunted by Rodon, the ruthless feral cat leader (Ray Fearon) who has vowed to wipe out all cats who worship anyone but him.

I mean that doesn’t really sound that great does it, but I don’t really know what we’re expecting from a show that’s on its 13th iteration at the moment. It’s just gonna be the same old banter between Lister and Rimmer amid some dumb adventure, but that might be OK to watch on a hungover Easter Sunday when you’re trying to avoid your family. Give it a shot I guess.

For more of the same, check out when Craig Charles was caught banging crack in the back of a limo. Never gets old.