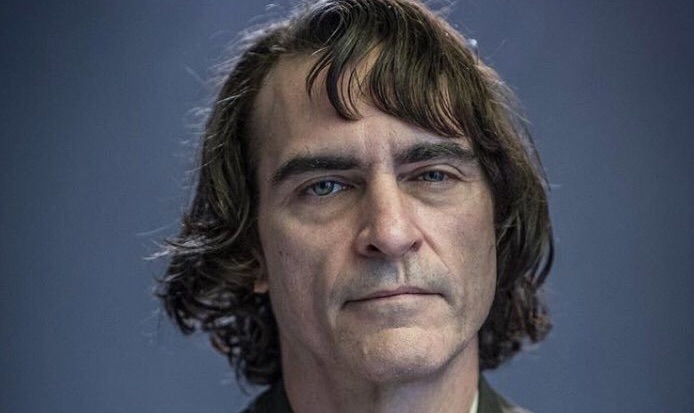 The Joker is one of the most iconic villains of all time and one reason why he has been so enduring is the mystery that surrounds his origin and just what the hell happened to him to turn him into someone so psychopathic and as messed up as the Joker.

Some say that we should never delve into these reasons, but director Todd Philips has decided to team up with Joaquin Phoenix for his new movie and do it anyway. Phoenix will play a character called Arthur and the film will course his descent into his life as The Joker.

The film is set in a gritty 1980s New York and this first scene that’s been released kinda looks like it grabs that vibe perfectly as Phoenix’s Joker taunts a street performer dressed as a clown. The studio have also released some promo shots of Phoenix as Arthur:

Todd Philips, director of THE JOKER, has released an official look at Joaquin Phoenix as Arthur, The Joker. pic.twitter.com/0AeMx34JMo

Yep pretty much sold on that – looks like it’s going to be very, very good doesn’t it? Obviously we’ve still got a long way to go but I can see this being a truly great movie if that scene is anything to go by. Just a shame we’re probably going to have to wait a year or so to watch it.

For more of the same, check out this Joker superfan who got arrested and looked like him in his mugshot. Creepy.