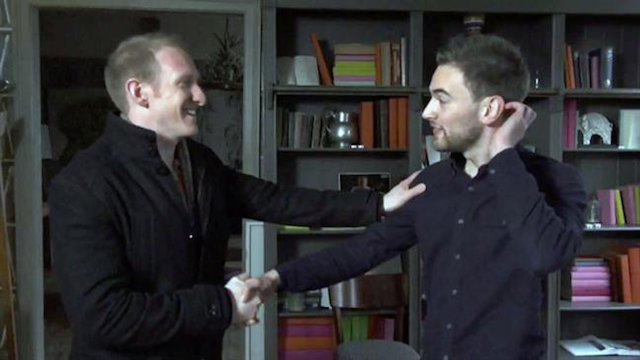 Just two days after setting out on a campaign to find him, Jonny Benjamin was reunited with him.

A couple of weeks ago, we featured a story about a guy trying to find the man who talked him out of jumping off Waterloo Bridge six years ago after he was diagnosed with chronic schizoactive disorder. The man – allegedly known as ‘Mike’ – managed to convince Jonny Benjamin, then aged 20, not to jump by talking to him for half an hour and offering to buy him a cup of coffee.

Six years later, Jonny – who is now comfortable with his condition and works for mental health charities – decided to find ‘Mike’ and went on a huge campaign in social and national media, backed by celebrities like Stephen Fry and Nick Clegg to try and get a hold of him. Fortunately, a mere two days after the campaign started, Neil Laybourn’s fiancee saw the story on Facebook and immediately recognised the story and the man described in it as ‘Mike’.

She immediately informed him and Neil got in contact with Jonny and arranged an emotional reunion, which you can see below. The two apparently got on really well, and plan to stay in touch and finally get that cup of coffee.