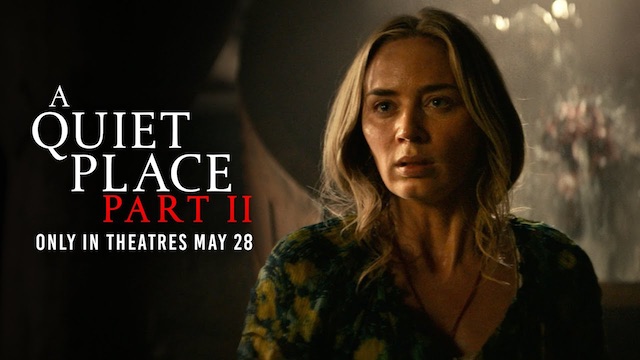 This is gonna be worth the wait.

It’s sometimes hard to remember that major movies came out every week when we haven’t really been allowed to go to the cinema for over a year, but hopefully things are going to start getting back to normal soon and we’ve now got the trailers to prove it.

‘A Quiet Place Part II’ was meant to come out over a year ago but will finally see the light of day on May 28th and they’ve just released the final trailer for it in honour of the occasion. And judging from how it looks, it could very well be better than the first move in the franchise. Check it out below:

Following the deadly events at home, the Abbott family must now face the terrors of the outside world as they continue their fight for survival in silence.

Forced to venture into the unknown, they quickly realize that the creatures that hunt by sound are not the only threats that lurk beyond the sand path.

Yeah, I’m not really sure what the point of having a flashback section so that Jim from The Office can still be in the movie despite dying in the last one, but hopefully they’ll be able to link it up in a way that doesn’t seem too contrite and forced. The rest of the trailer looks super scary and I’m stoked for it though.

For more of the same, check out the trailer to the new ‘Saw’ movie. Gonna be a fun summer at the cinema.