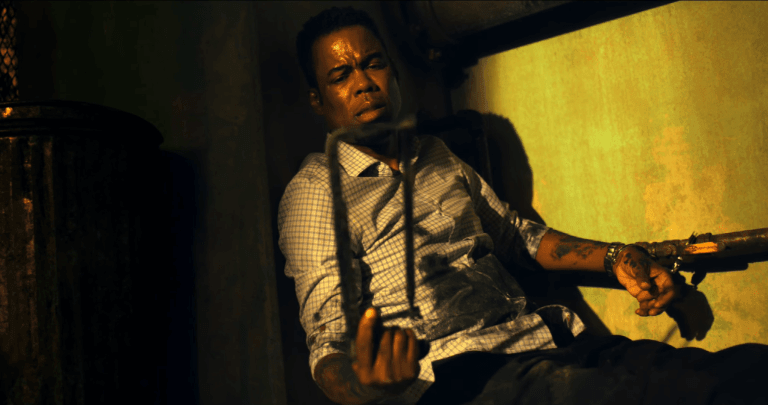 The Jigsaw killer is back.

I might be in the minority here, but I’ve always been a massive fan of the ‘Saw’ franchise and I was particularly stoked to hear that it was going to be coming back with a reboot starring Chris Rock, only for the global pandemic to push back its release date by an entire year.

That might not have been the most annoying thing about the past year but it was definitely up there for me, but thankfully things are now getting closer to being sorted out and ‘Spiral: From The Book Of Saw’ is all set to be released at cinemas on May 14th. Or maybe just on On: Demand if you’re too scared to go to the movies at this point.

Anyway, to celebrate the fact that it’s only about six weeks until we finally get to see the next entry in the franchise Lionsgate have decided to bless us with a new trailer:

Yeah that looks completely sick doesn’t it and not really like previous ‘Saw’ movies at all? I’m kinda getting more of a ‘Se7en’ vibe from it, especially as you don’t really see any of the games in the trailer either? There is that bit where Chris Rock looks like he’s going to cut his leg off though so there’s obviously going to be a few callbacks to the original movies. Hopefully it’ll be a blast when it comes out on May 14th.

For more of the same, check out this completely sick look moving that took place entirely on a Zoom call. Badass.