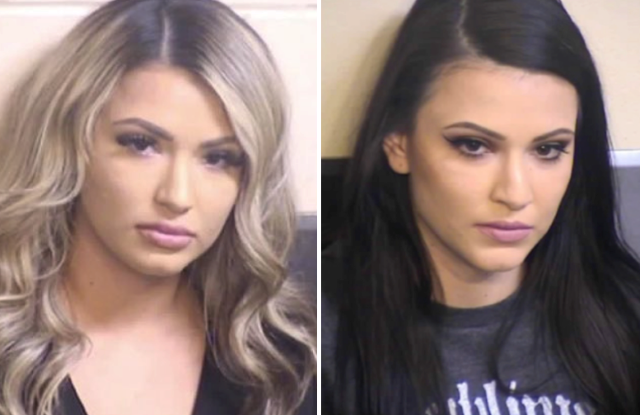 Tina Gonzalez, 26, took full responsibility for her behaviour and blamed it on the recent breakdown of her marriage. She had cut a hole in her trousers to make sex with the inmate easier.

She also allegedly supplied the inmate with a phone and razor blades (!) at his request. Here’s how it played out in court…

So she’s got 7 months in prison which will be followed by 2 years probation and I’m guessing she’ll never be able to work in a prison setting again. On the plus side, she can now have sex in prison without cutting holes in her trousers? Although she’ll be going to a female prison so maybe that’s not what she’s looking for exactly.

I hope this isn’t too controversial to point out, but it does seem like there’s no shortage of these stories where female prison guards are secretly hooking up with and/or falling in love with the inmates they watch over. Is it crazy to say that in general, women who apply to become prison guards have a thing for bad boys? I mean if that’s what you’re into there’s no better supply than inside an actual prison. Anyway, just a theory. Maybe I’m wrong.

There is another silver lining for Tina in that maybe she’ll become another one of those ‘hot mugsot’ heartthrobs that leaves prison to become a superstar model? Then again she’s got plenty of competition from the ladies on the ‘Mugshawtys’ Twitter page. Mama mia!