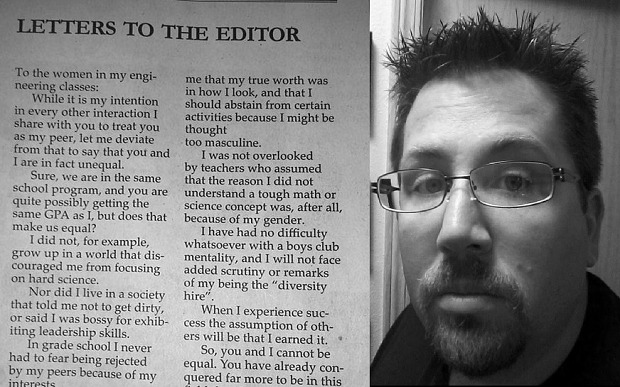 This letter was written by a mechanical engineering student at Eastern Washington University named Jared Maudlin. He sent it to the campus newspaper, and people were so touched by it that it soon blew up online too.

In the letter he explains why male and female engineering students are unequal, though the reason why might surprise you: 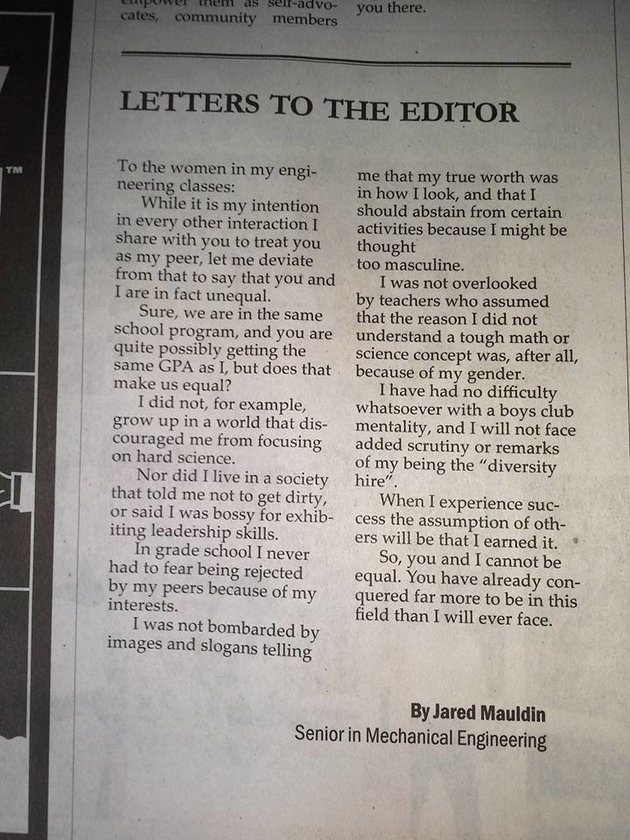 So before we make fun of this guy, we should point out that’s Jared’s made a completely valid point here. More women SHOULD be engineers or at least taught about engineering so that they can decide if it’s something they want to pursue later on in life. Jared is 100% correct on that so respect to him for bringing that to light.

At the same time though, this letter is SO CRINGE. It’s like the plight of female engineers is keeping him up at night because he feels so guilty about his male engineer privilege. Surely it’s not eating him up that much? Which makes me wonder whether this is some sneaky attempt by Jared to get laid by his female engineering classmates. He’s in his final year after all so makes sense he’d go to such extreme measures just to get laid one more time. I mean come on, being an engineer is super hard work whether you’re male or female, no need to rip yourself apart just to build up everyone else.