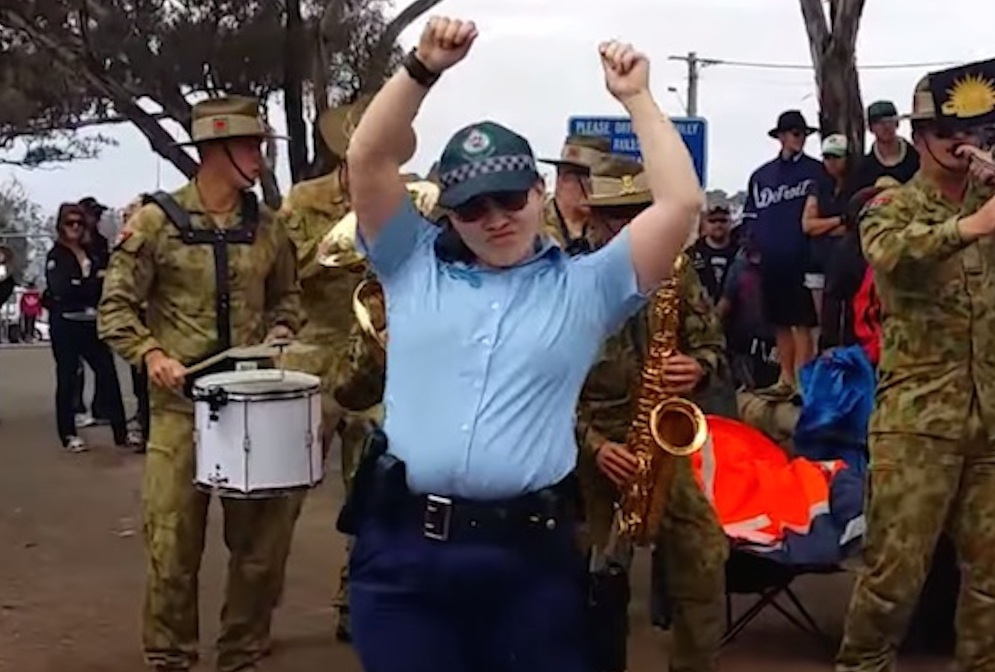 The clue’s in the name of the band.

In the video below, an army band (admittedly they might not be an army band it could be fancy dress – there isn’t much info about where this video came from) are rocking some event called Bathurst 1000 over in Australia by playing a cover of Killing In The Name Of by Rage Against The Machine. The fact that a bunch of female police officers start dancing to it only make the sight even more ridiculous.

Of course, anyone that has ever heard the song (pretty much everyone reading this I imagine?) would know that it’s a humongous anti-authority song and in particular an anti-cop and army song, and so the fact that these people are all involved with playing and dancing to it makes the whole scene incredibly ironic. It also makes everyone watching this think that everyone involved with it is completely stupid, unless of course they’re actually doing it to be ironic and it’s all part of the performance. Not really sure how true that could be though given the video below – check it out and decide for yourself.

Totally dumb right. I’m pretty sure it’s real but I suppose you can make up your own opinion.

Anyway, one thing that you can bank on and be rest assured of is that Rage Against The Machine are turning in their (not quite existent) graves over this one, whilst reminiscing about the time they played in a small town in America by accident and totally started a riot.