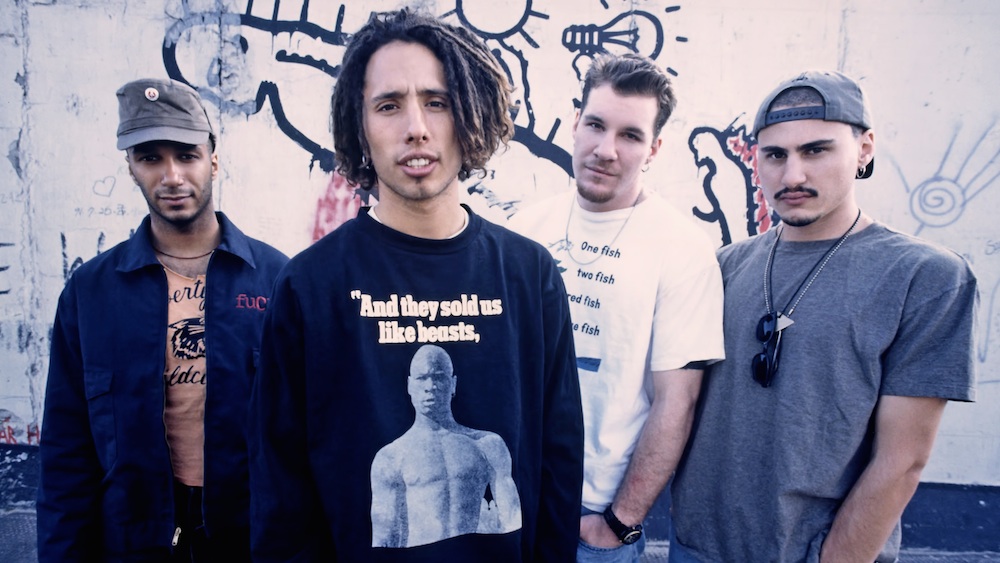 The ‘big city rockers’ scared the local population of Spanish Fork so much that the town closed all its shops early because they thought there was going to be a riot.

It’s a general stigma against small towns that the people who reside there are closed minded and pretty much clueless about anything outside their own little bubbles. Whilst I would like to think that this isn’t exactly true, the story and video below kind of confirms that it most certainly is the case for some populations.

The story concerns the town of Spanish Fork, Utah – which is pretty much a five mile main street and nothing else – and the time that somebody accidentally booked Rage Against The Machine to play there because they thought it was the name of a touring monster truck rally. Lol, you couldn’t make this stuff up. The town had no idea who they were and subsequently lost its shit, thinking that there was going to be a huge influx of weirdos who would probably start a riot and burn it to the ground. Here’s a news report on what happened:

A rally at the city park organized by Shelley Matterson expressed some residents’ own rage against the booking of the group but acknowledged that fairgrounds manager Steve Money, who scheduled the band at the Spanish Fork Fairgrounds, did so in error. “He’s devastated,” said Ann Banks, daughter of Mayor Marie Huff. Banks said her mother had been subject to verbal attacks by residents who called the mayor, wondering how the controversial group could have been booked to appear there.

Most residents expressed fear that the group – known for its loud music and rough lyrics – was coming to Spanish Fork. Tash Johns urged the council in absentia to “take the bold stand and cancel the concert. We will stand behind them if they take this stand of courage,” she said.

Residents said they feared the lyrics that will be heard well beyond the fairground’s wooden fences as well as the rocker fans that would be there and the potential for injuries that one man who favors the concert said would likely result. Others expressed concern about lawsuits that could result if someone is killed or injured during the concert. They also fear a discrimination lawsuit if the concert is canceled.

Again, the only thing I really want to say about this is lol – it’s like an ironic episode of The Simpsons or something. However ridiculous that was though, it’s nowhere near as stupid as the news segment you can see below, where you actually see and hear people express these opinions. It really is something else – kind of like The Land Before Time. Or at least The Land Before Rap Metal.

The absolute best thing about the news segment though is that it was filmed AFTER the concert had taken place and absolutely nothing bad had happened during it, which makes (or at least should make) the whole piece pretty much redundant. I mean it’s worse journalism than Sick Chirps, isn’t it? Small towns – you just can’t beat them.

You know who would have absolutely killed to be at that gig though – the 2013 air guitar champion, that’s who.