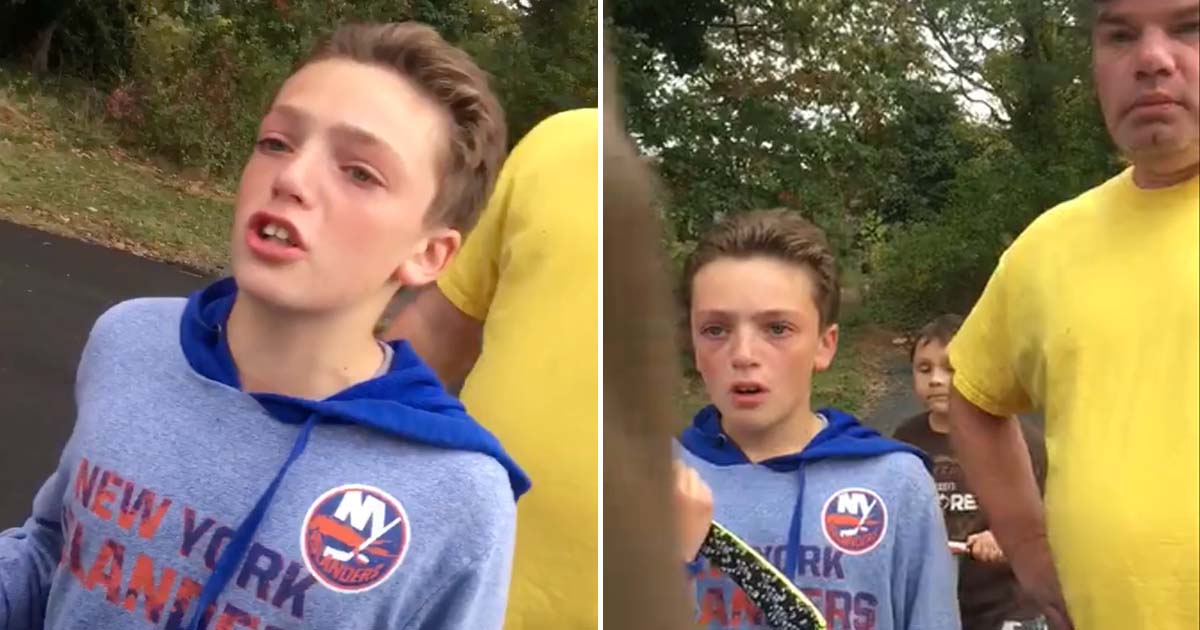 But who won the argument?

A deer hunter who was confronted by an emotional father and son in Long Island this week while hunting in their neighbourhood couldn’t have cared less about what they were trying to say to him.

My immediate instinct was to side with the kid and his dad, after all this guy is out here ruthlessly killing animals, but I have to admit every time the dad & son tried to argue why the hunter was in the wrong, his logic completely tied their brains in knots:

Obviously eating meat and hunting meat are not the same thing and while the latter sounds completely barbaric (especially when talking about a cute, harmless, innocent little deer) it does serve a purpose as long as you’re feeding people and not murdering animals for the hell of it. It’s hypocritical for anyone who eats meat to take issue with those who hunt their meat instead of buying it in the supermarket.

Then again, I’m sure there’s non-meat eaters out there who could make a much more compelling argument than this whiny kid and his dopey dad – here are 3 pro-vegetarian arguments you can’t argue with.