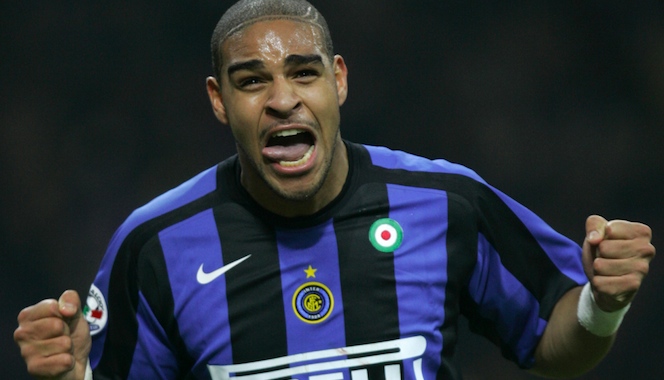 In the mid 00’s Adriano was one of the most feared men in world football. Now he’s only 31 but he’s so fat he can’t even pass a medical.

Remember Adriano when he used to play for Inter Milan? He was a complete sickhead and was on the cover of Pro Evo 6 and had shot power 99 and shot accuracy 97 or something ridiculous like that. You knew that if you got a free kick with Inter Milan either him or Recoba was gonna bang it in for you – it just depended which one of them was on a red as to who would take it.

So it was kinda surprising when Adriano just suddenly became really crap and stopped scoring goals at Inter and eventually was sold back to some Brazilian team. One really early Sick Chirpse article we wrote was about how he had got really fat and the team he was playing for at the time – Corinthians in Brazil – had ordered him to stay in the team hotel so he could be monitored at all times to make sure he wasn’t eating. Seriously, that’s how out of control and how fat he had got. Pretty nuts for a professional footballer who was completely sick and not even 30 yet.

But it seems like the situation has gone from bad to worse for Adriano. Even though he was scoring fairly regularly – despite his weight troubles and party lifestyle – for whoever he played for before he showed up at Corinthians, things didn’t go so well for him there as he was out for six months with an achilles injury and then piled on the pounds and got locked in the team hotel. He was released at the end of the 2012 season due to being a fatass and not really being interested in training or changing his lifestyle and went back to his first club Flamengo, but didn’t make an impact there either and was released at the end of 2012.

Former Brazil coach Dunga tried to help Adriano get his life back on track by organising him a trial at Internacional (the Brazilian version of the club) over the weekend. But it seems like Adriano’s time in the wilderness has done little to curb his eating or partying, as he turned up to the trial looking fatter than ever and failed the medical before the actual trial could even begin. The club’s doctor’s vetoed the decision to put him on trial saying it was a ‘terrible idea.’ To be fair when you turn up to a trial and your neck is bigger than the width of your face then you can’t really blame them.

Check out this embarrassing picture of Adriano below:

Desperate Fat Boy Is Looking For An Internet Girlfriend

Fat Guys Get Some Lightsabers For Christmas 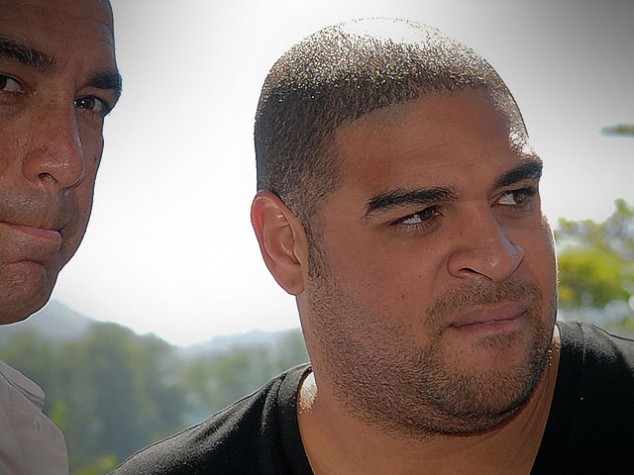