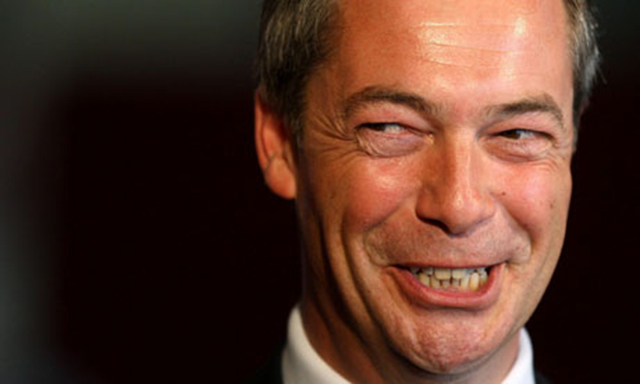 If you live in the UK, you will no doubt be sick to the back teeth of hearing about UKIP. The recent European Parliamentary elections provided a familiar battle ground for Britain’s long suffering political parties: Labour and the Conservatives, with the Liberal Democrats, flailing as usual, like a lost and lonely drummer boy, stuck somewhere in-between no man’s land and the Channel tunnel. This year however there was a significant difference. Out of the confusion and dissatisfaction of what seems to be a perpetual recession, has arisen a new breed of political party (well, sort of) which has provided a formidable stronghold for closet racists and Daily Mail bottom-feeders alike. Fronted by the product of the world’s most successful inter-breeding programme between alligators and homo-sapiens (where else could that smile have come from), Farage has taken the broadsheets, Internet, radio and even ‘Have I Got News For You’ for fuck’s sake, by storm.

It is somewhat of a no-brainer to question why the over 50s have voted for him. They remember the sunny days gone by, when hurling a brick through the window of the local corner shop was a valid expression of both patriotism and civil rights. They miss the mercenary attitudes of Thatcher, Macmillan, and depending on how decrepit they are, potentially even Sir Winston Churchill, and they are positively salivating at a rekindled opportunity to unload all of Britain’s problems onto a host of new scapegoats, be they Romanian job molesters, or Hungarian child enslavers. To them Farage is a grinning beacon of the good old days: splendid isolation, greener grass, maybe even a chance of England winning the World Cup!

As a child of the nineties, I am understandably removed from these aforementioned phenomena, as many of you reading this article are, however UKIP’s recent success cannot be entirely blamed on coffin dodgers and your dad’s mates. In many areas they achieved overwhelming success, so it is only sensible to suggest that they had somewhat of a following from a variety of demographics, including Britain’s youth. This demands the question: who in their right mind, from a generation privileged enough to have been raised on values of equality, diversity and anti-discrimination, swallowed whole one of Nigel’s footlong turd sandwiches of sensationalism, lies and hysteria? 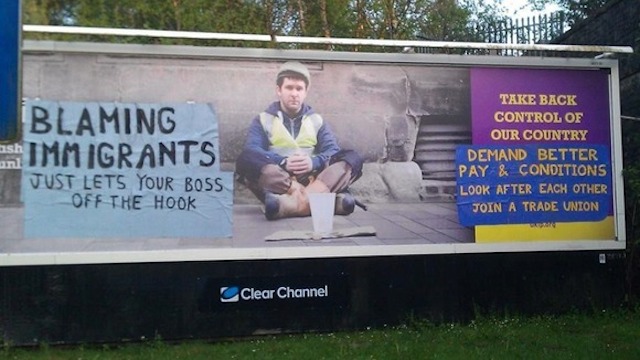 Due to the risk of receiving a lynching at the next rave, free party or informal soirÃ©e that they may be attending, it is unlikely that anyone with any social calibre whatsoever would willingly admit that they voted for UKIP, so the chance of pinning someone down and thrashing their misguided political motivation out of them is unlikely. In the absence of this opportunity, perhaps casting our eyes towards other parts of Europe, and even into the realms of the historical, will shed some light on the problem, or at least show that we’re not the only country populated by media controlled robots. Ironically, it appears that somewhat of a brotherhood of man is emerging, in the fact that people throughout the EU are turning towards the right in hope of solace. The only problem is that the unity is manifested in mutual segregation, rather than collaboration or togetherness, and the product will surely be some kind of post-apocalyptic nightmare in which you need to apply for a visa to leave your own back garden.

The Front National, France’s leading far right organisation, is an excellent model for what UKIP could snowball into if they were given the opportunity. Previously France placed their faith in a reasonably liberal government, so in many instances their natural reaction to the economic disaster has been to chastise the left wing in favour of a party that promises to deliver strength, nationalism and a harsh but fair ruling system (if you deem reintroducing the death penalty as fair, but let’s not get into that). As per usual there has been an outcry from the educated populace of France, particularly students across the nation, however the Front National managed to win around 25 percent of France’s votes in the most recent European Parliamentary election, so it seems that the protests are largely falling on deaf ears.

It seems that in European and arguably global politics, a trend has been maintained for the last 100 years. When things get tough, people look to the right to solve their problems. The right wing appears to be strong, motivated, no-nonsense and straight talking: a welcome contrast to those ‘leftie pussies’ that got us into this mess in the first place. It may seem misplaced to equate UKIP or the Front National with “You-Know-Who” from 1930’s Germany but I believe that to miss such an obvious parallel is to put history in danger of repeating itself. Across Europe people are scared, desperate and hungry, making them open to any option that will provide some kind of dramatic change. Back then it seemed to many Germans as if maybe he had a point about those ‘sneaky Jews’, not because they had really thought about it and analysed his manifesto, but because they were blinded by poverty and saw little other option. Back on home soil, a new enemy has been selected, but to identify a single individual is too risky, as the inherent racism within the party then becomes completely visible. As a result, Farage has tactfully pointed his finger at everyone and anyone who doesn’t descend from this green and pleasant land. Sure, he can hide behind ideas about ‘hard working’ ‘skilled’ people still being welcomed in with open arms, but who is to be the judge of that? To suggest some kind of palatable form of discrimination as a futile snatch at seeming like more than your run of the mill bigot is about as sensible as having to pay a tenner every time we need to visit the sodding GP. 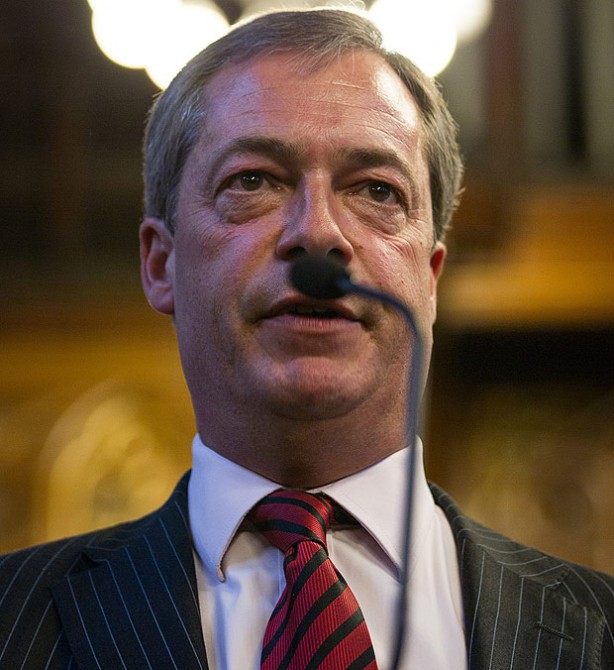 â˜› Up Next:  More On UKIP’s Worryingly Nazi Vibes

As Britain falls to its knees, it becomes more socially acceptable to label one’s self as a patriot. A good, honest person that believes that charity starts at home, that we need to sort out our own mess before we wade in and sort out everyone else’s (insert other ambiguous, subtle declarations of racism that you may or may not have heard in a taxi during the last 6 weeks). We have a fashionably fascist epidemic on our hands, which has encouraged thousands to retreat into primeval, tribal mindsets, labelling diversity as the enemy. Don’t become a member of the “Nigel Youth”, you have a perfectly good brain of your own, capable of making independent, calculated decisions. It is up to the young people of Britain to continue to tread the path of equality and social enlightenment. There’s nothing more British than the immigrant, be they a recent addition from Eastern Europe, or an 11th century Norman raping and pillaging their way through Hastings. After all, who the fuck really counts as “British” anyway?

Even More About UKIP