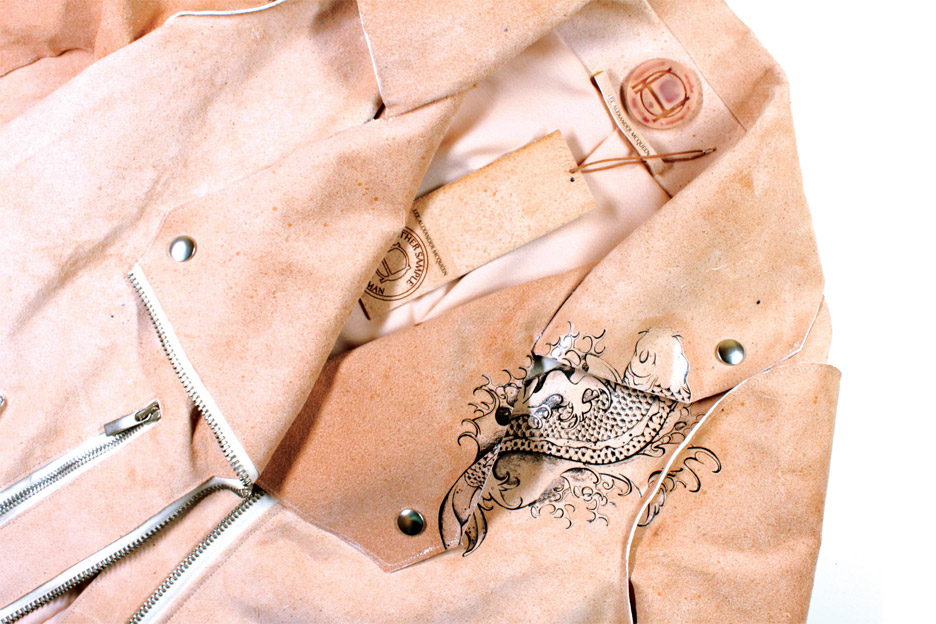 A new type of fashion.

It’s gross to know that people in the past have made human skin trousers and bound books with the stuff, but back in those days absolutely everything was disgusting. I’d never thought I’d see the day where human tissue would be made into a fashion statement in modern life, unless ISIS were involved of course.

That was until I internet-stumbled across the work by Central Saint Martins student Tina Gorjanc who created a conceptual proposal to manufacture a range of clothes using cloned skin from the iconic designer Alexander McQueen, who died back in 2010. Grim.

Gorjanc’s fashion work is based around the ideas of human anatomy and changing perceptions of the body. This project in particular was as part of her Material Futures MA and was created using pig skin offcuts enhanced with silicone to make it look as though it’s come straight off a person, with freckles and tattoos to match McQueen’s etched in.

Reactions have been pretty mixed but Jonathan Jones at The Guardian seemed the most offended of all. Obviously creating art from someone’s skin is beyond disrespectful and although Gorjanc has worked closely with a laboratory to create a skin sample, her collection in this case is merely theoretical and won’t be bought to life (lol) any time soon.

It’s all a bit too Silence Of The Lambs for me. Perhaps she should take the Cruelle DeVille approach and create a coat from cloned puppies instead. Not only will it shock the world but the die hard Disney fans would love it, sorta.