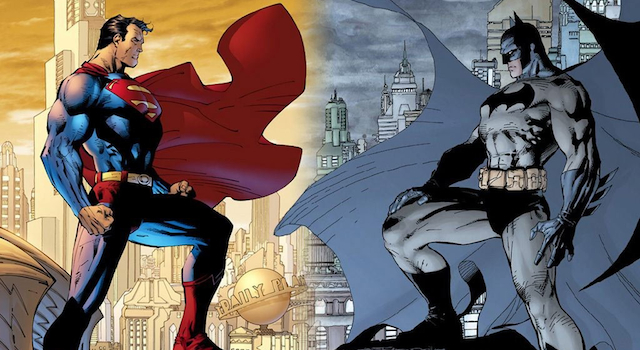 It has Ben Affleck, Henry Cavill and Bryan Cranston as Lex Luthor in it.

I’m not gonna lie – I’m not particularly pumped about the Batman Vs Superman movie. Sure, the Batman trilogy was great but Christian Bale and Christopher Nolan have gone and we’ve got Zack Snyder and Ben Affleck instead and that’s hardly a fair trade up is it? Nope. It’s also not out for a really long time and I can’t really get super excited about stuff that isn’t happening in under two weeks. That’s probably a bigger factor. That and the fact that I think Superman is a really lame superhero too.

Despite my apprehension over that movie, I’ve gotta say that this fan made trailer has me kind of stoked about the possibilities of it. That’s mainly due to the fact that Ben Affleck doesn’t really speak in it though and that the main voicework/narration is performed by none other than Bryan Cranston AKA Walter White from Breaking Bad.

Why? The fan who made the movie has decided that he would be an excellent Lex Luthor and given the strength of this trailer I’ve gotta agree. He really holds it together – along with an excellent score from Hans Zimmer – so that you probably wouldn’t even know it wasn’t a real trailer if I hadn’t told you so. Actually you could probably tell that all of the scenes are all from different movies if you looked hard enough BUT THE POINT IS that the trailer is really dope and Bryan Cranston sounds awesome as Lex Luthor, so if Zack Snyder doesn’t want to screw this up like he does with most of his movies he should probably pick up the phone and give him a call. He’s gonna be pretty indisposed soon now that Breaking Bad is finishing anyway.

Game Of Thrones As A Buddy Movie