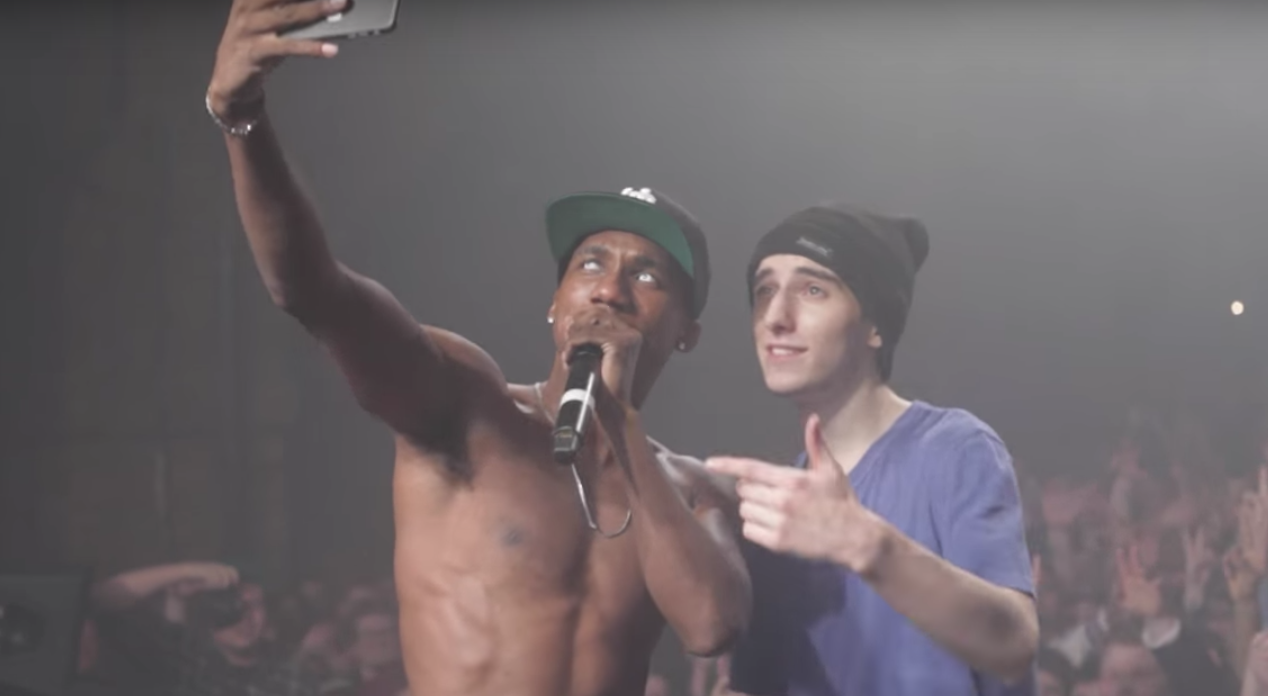 Even Hopsin can’t believe it.

It’s an age old tradition when you go and see your favourite artists or band that sometimes they get people up on stage to play their songs with them, but I don’t think anyone has nailed it as hard as this dude Elliot at Hopsin’s gig at the Village Underground a couple of weeks ago.

Hopsin picked him out of the crowd to perform the whole of Ill Mind 5 and didn’t seem to be too confident when the guy said he was out of breath from shouting so loud even before the song started – like he was already making excuses. However, turned out he was absolutely serious as he completely smashed it once he had a chance to compose himself and drink a glass of water:

Nice work Elliot. Yeah he did forget the words a couple of times, but he still knew damn near all of them in a five minute rap song so that’s well deserving of our props.

For more of the same (kinda) check out this guy pulling a whitey during the middle of a battle rap. Ouch.