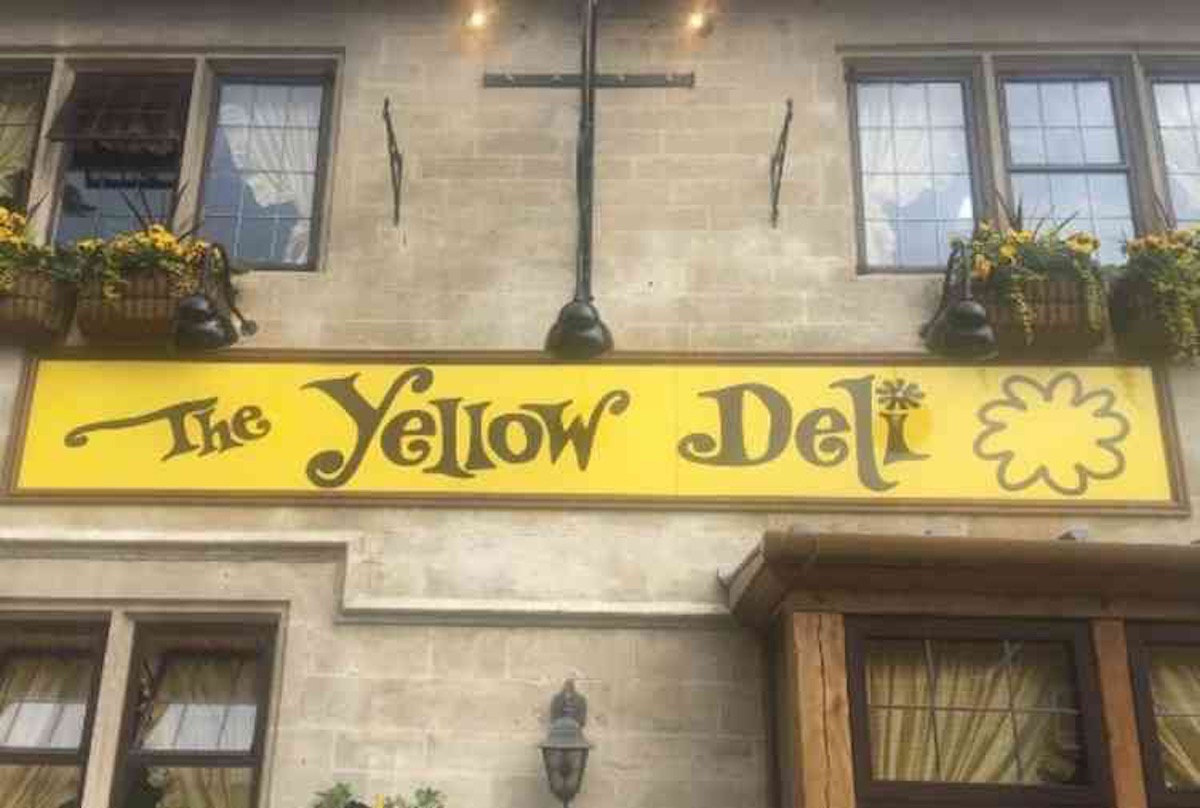 It’s been a hell of a trip for a lot of us this past couple of weeks as we’ve ventured out of our houses and into restaurants and bars for the first time in months following the gradual lifting of lockdown, but spare a thought for the person in this story who went for a meal with their family in south west England at a cafe and discovered that it was a front for a homophobic, racist, sexist child abuse cult.

They laid it all out in a Twitter thread:

SO. I’m in SW England with my parents and we see this place on tripadvisor and decide to go, it has amazing ratings. The atmosphere is a bit … traditional but the service was very attentive and the food was INCREDIBLE and so inexpensive… (cont.) pic.twitter.com/16g2o7yYNS

the vibe is incredibly incredibly odd in a way none of us could place. slight american accents, lots of weird pseudo Christian artwork on the walls etc. We promptly go to leave our V TASTY American food and are finally able to after what felt like the longest ever goodbye (cont)

Context I’m in the middle of nowhere in rural England so I lose my shit when I google Y*llow D*li and see a VICE article… from New Zealand. I realise they have not only the same yellow furnishings but … the EXACT. SAME. MENU. AS A CULT FRONT IN NEW ZEALAND. i start to panic. pic.twitter.com/hEUCXNVy6g

TW ANTI SEMITISM RACISM HOMOPHOBIA ! At this point I realise VICE article is indeed about the same Y*llow D*li I visited. They’re close knit with about 3,000 members, and all dress exactly the same -every branch is identical. They’re violently homophobic, racist, and sexist(cont) pic.twitter.com/U96CVCmX4z

It’s basically an endless rabbit hole (gets much worse) of horrific child abuse and rampant misogyny, amongst a whole of other awful stuff. I know this is all sensational and dramatic but if I can accidentally go there so can other people!!! I just want this to be spoken about!!! pic.twitter.com/EUd9AtCtuZ

In case you’re wondering this all went down in Honiton in SW England and the Twelve Tribes community (cult) there also owns the Common Loaf Bakery as well. It honestly never even occurred to me that stuff like that went on in this country, but I suppose that was naive – I guess if you ever find yourself visiting the area then try and avoid those two establishments if you don’t wanna be freaked out. Not sure if they would attack you or do anything bad to you but it’s probably scary enough just even being in their close vicinity.

For more of the same, check out these three disturbing stories about people being executed in the UK. Scary.