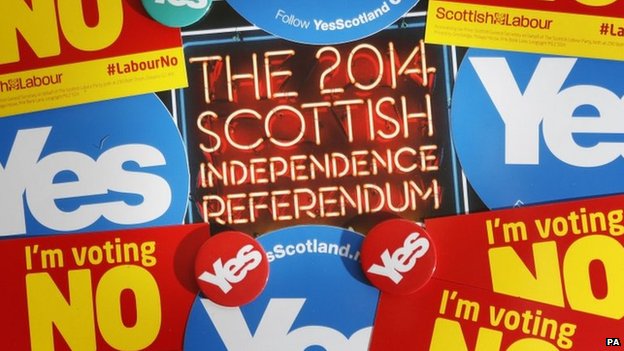 Just hours away from the monumental vote, Scotland is still making its mind up on whether or not to stay or go.

This monumental vote will no doubt be one of the greatest moments in the UK’s history. Whether or not Scotland decides to leave, the lasting changes and implications will be felt for generations. So far the Scots are split on the issue nearly 50/50 and it’s too early to tell which way it will go until the voting ends. For the most part this major issue has remained civil and folks aren’t resorting to violence or bullying. There are a lot of families and friends divided on the issue with some coming together like never before.

One thing is for sure, the Westminster Government seems very worried that Scotland will leave. They sent party leaders to Edinburgh and all around the countryside to campaign for a no vote.

If Scotland’s voters choose independence on September 18, it will mean the breakup of a 307-year-old union between England, Wales and Scotland as Great Britain.

The Prime Minister appealed to the emotions in a speech to an audience in Edinburgh, saying:

I care hugely about this extraordinary country, this United Kingdom, that we have built together.

Let no one in Scotland be in any doubt: we desperately want you to stay; we do not want this family of nations to be ripped apart.

Across England, Northern Ireland and Wales, our fear over what we stand to lose is matched only by our passion for what can be achieved if we stay together. 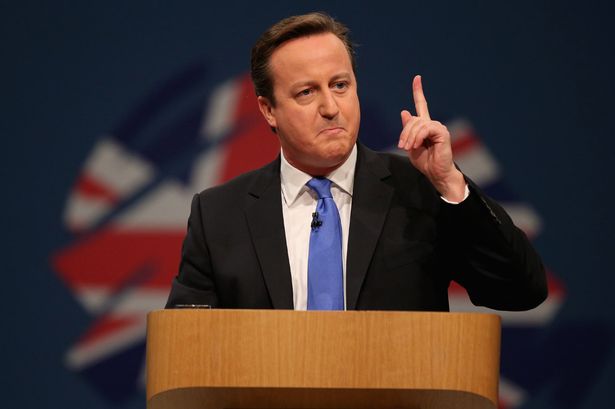 The No camp is screaming that dissolution of the union will cause major economic shortcomings for Scotland, but opponents think that really all they want is Scotland’s resources for England. Both sides have been debating and campaigning this issue for months now and even though the NO side is winning by 2 points, it’s still to early to say just what way the Scottish people will go.