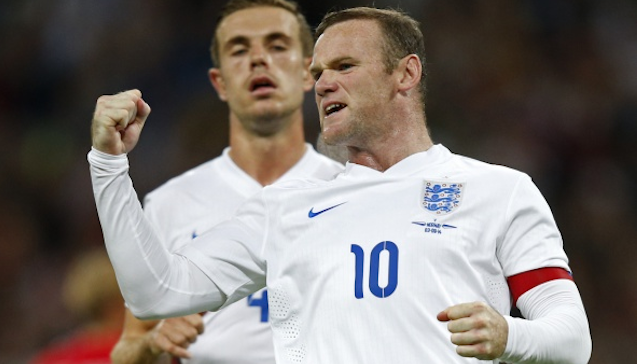 Milner and Rooney were the culprits.

Although England ran out 1-0 winners last night against Norway thanks to a Wayne Rooney penalty, I don’t think anyone who watched the game would have been particularly inspired by the performance, or have thought that the problems that undermined our dreadful World Cup campaign were anywhere near being sorted out.

Sure, the lads huffed and puffed and got the result, but there was very little quality present in the game and a lot of shit players basically. I’m sure now everyone in the country fully expects us pull off a 0-0 draw on Monday in Switzerland after Hodgson sets us up to defend so that we ‘stay on track’ for qualifying for the European championships. We can but hope.

The quality really was low last night and it can be pretty much summed up by these two ‘passes’ attempted by Wayne Rooney and James Milner which simply have to go down in history as two of the worst passes in history. They’re literally that bad and not in a so bad they’re good way like this effort from Berbatov that ended up in the back of the net.

Rooney has some excuse maybe because he was under pressure and at least playing the ball forward and trying to make something happen (although that’s really grasping at straws), but Milner was just playing a ball out to the flank – which really should be his bread and butter – but shanked it further off target than I think I’ve ever seen anyone shank anything.