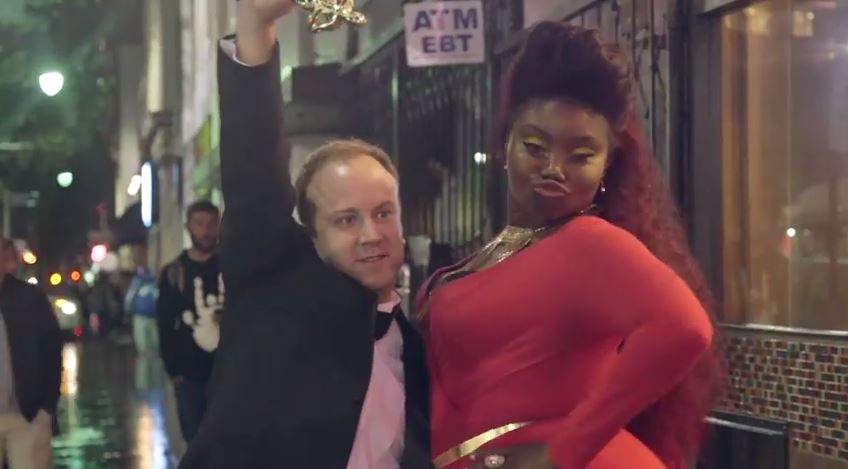 Such an outrageous move.

I was going to call everyone in Hollywood a moron for falling for this guy’s fake Oscar prank, but then I realised we would have all probably fallen for it. It’s just such an outrageous move that it wouldn’t even register that someone would go to this much effort to fake it:

But then I suppose you would go to the effort once you realise how much free shit you can get out of it. No one even really cares who this guy is or what exactly he got his Oscar for; just the fact he’s wearing a suit and holding a statue is good enough. Makes you wonder what freebies he managed to get off camera.

We all know the real winner at the Oscars was the artist who left this statue outside the Dolby Theatre though.