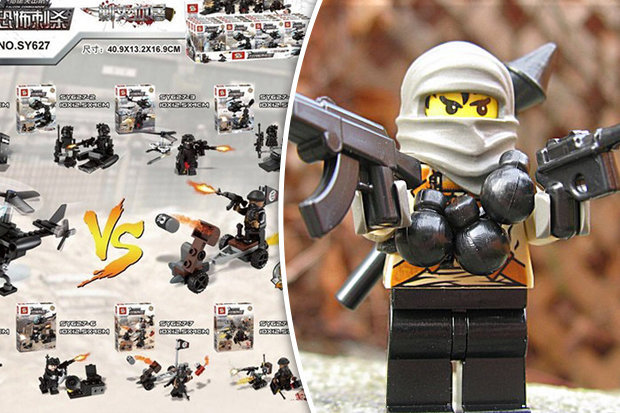 LEGO has always had a fairly wholesome universal appeal, so it’s pretty shocking when you see the characters above because there’s absolutely nothing wholesome or universal about terrorism.

Of course, the characters turned out to be bootlegs sold in Singapore, but it’s still pretty nuts to see products like these on the shelves. It’s kind of like in Fight Club when Project Mayhem gets into full swing messing everything up – these are the exact same kind of toys that they would introduce to the world.

The details of the toys make it even gorier and weirder. Some packs came with decapitated heads and the characters were labelled ‘militants’, ‘bombers’ and ‘Jihadi John’ with one of the descriptions stating he was ‘an extremist who enjoys blowing things up for fun, one day he’ll blow himself up.’ Not sure whether to laugh or be alarmed by that. 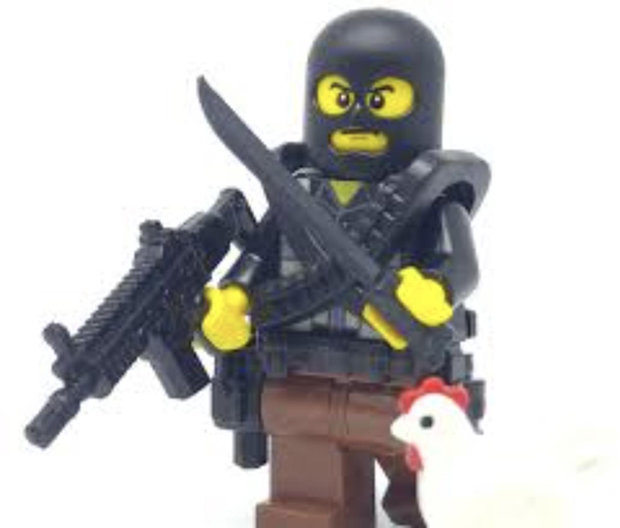 LEGO themselves were obviously quick to distance themselves from these rogue sets, saying the following:

These toys are in no way affiliated with the Lego Group.

We would naturally never make a product like this. 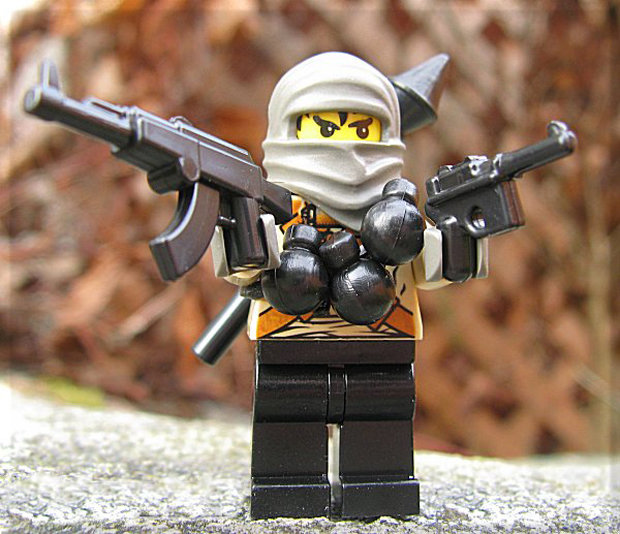 Well yeah duh. I suppose you’ve gotta say it though. The thing is, I’m not evens sure who would want to buy these toys for their children and why anyone would think making them was even a good idea in the first place? Unless it actually was someone trying to incite Project Mayhem.