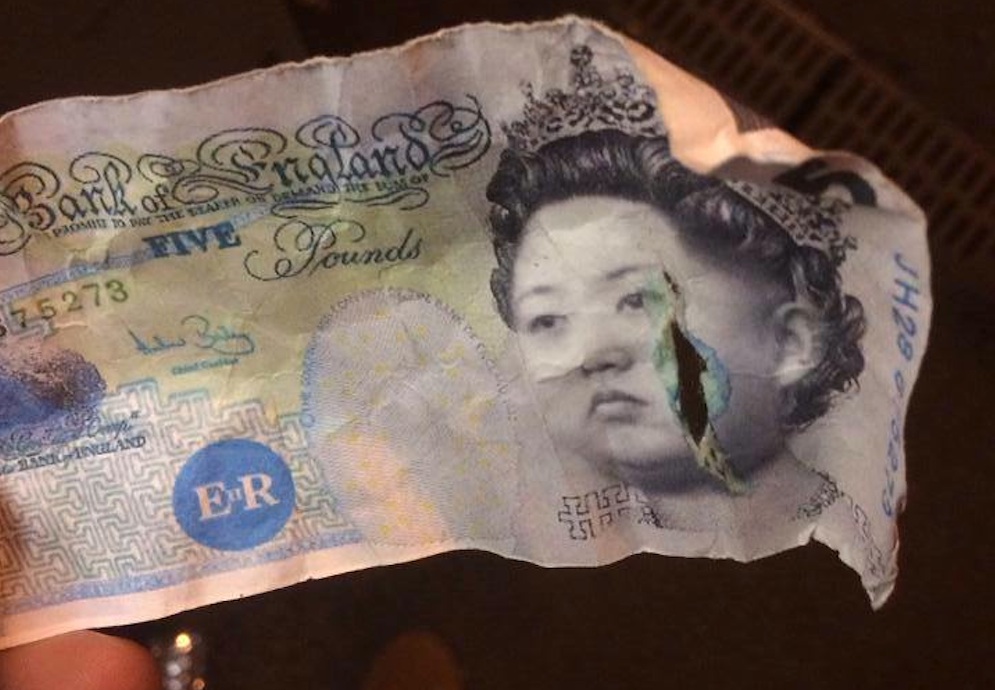 Is this a practical joke or a subtle attempt at invasion?

Even though this might not be anything to do with Kim Jong-Un directly, it seems like he’s never out of the news these days as a bunch of five pound notes with his face on them have found their way into circulation in the UK.

Although it’s possible that this could be a sinister attempt to invade the county from the inside, it’s likely that it’s something far simpler as Kim’s likeness – although not featuring his fabulous new hairstyle – is being used in a cruel scam designed to swindle people out of their hard earned fivers. 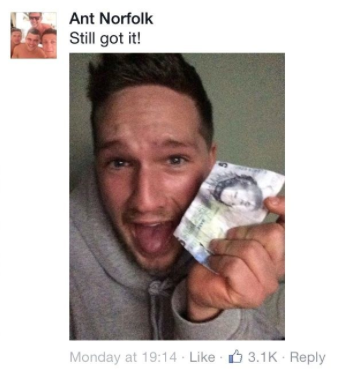 I was in a bar somewhere in Manchester.

I “dropped” a note, which a stranger was kind enough to “give back” to me.

I didn’t notice it was different. I just put it in my pocket like you would and said thank you.

Really it was someone playing a joke.

I’m not sure if that means someone stole a real fiver from him and replaced it with this fake one, or just gave him a fake one in the hopes that he would look really stupid when he tried to use it somewhere later. I think the first option makes more sense, although you would potentially be walking around all night waiting for someone to drop a fiver before you could pounce.

Either way, personally I would be pretty stoked to have one of these notes because it looks cool and it’s pretty much a collector’s item. Ant wasn’t so happy about it though and has instead decided to put in on eBay, swearing to give half the money to charity. Soft.

Ant will be donating the money to three people taking part in a 300 mile coast to coast cycle ride to raise money to fight cancer, organised by Howard Yull, the owner of the Howard Yull salon in Hale. You can find out more about that and support it yourself by clicking here. Thomas Ince, Robbie Savage, Michael Vaughn and Lee Dixon are all involved so it’s definitely a cause worth supporting.