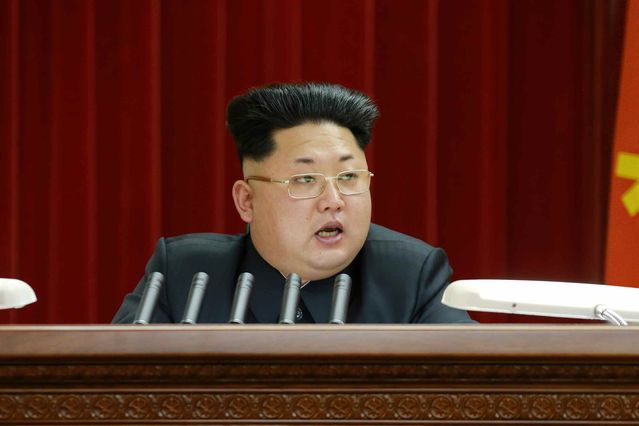 Watch out everyone! King pussy-slayer coming through. Kim Jong-un debuted his new haircut (and eyebrow cut?) at a very important meeting in North Korea yesterday. Looks like he’s let the sides grow out so that he’s looking kinda like the North Korean Guile from Street Fighter, except way cooler and tougher than Guile: 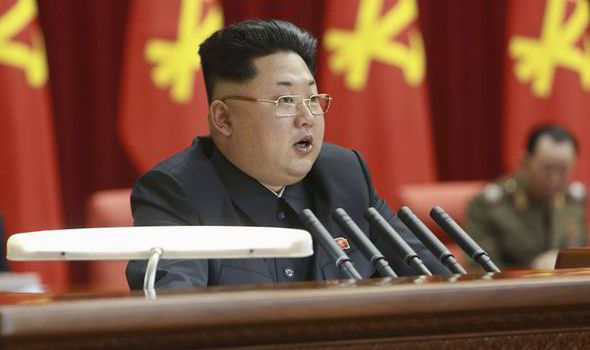 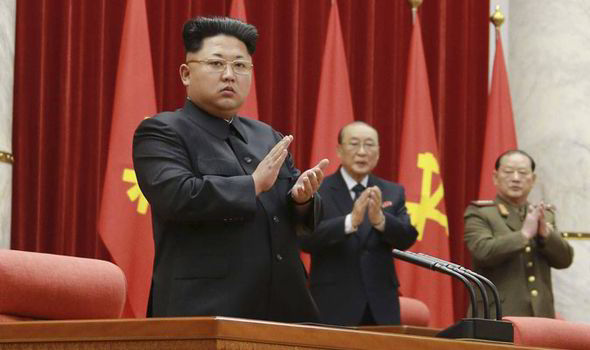 If Seth Rogen and James Franco weren’t crapping themselves before, they definitely are now. Kim knows how to play the game you see. Can’t have the whole world laughing at a movie about murdering you then show up with anything less than a boss hair cut. Gotta let the haters know what’s up.

P.S. Is there someone whose job it is to tell Kim whether his haircut looks good? Guy must be a master bullshitter.

Images Via The Express