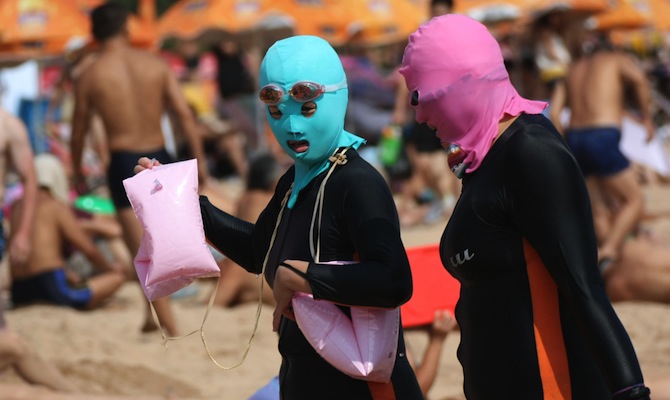 Who would you find more attractive, someone in a balaclava or someone with a nice tan? Find out what those crazy Chinese are up to on the beaches of Qingdao…

I love a good bit of irony. Fake tan sales in the UK in 2012 were reportedly as high as £100 million, yet over the ocean in Jamaica women are sluggin it out over skin bleaching cream. Skin bleaching is a haphazard affair, with many people suffering anything from a bit of a nasty rash to serious chemical burns, all in the belief that paler skin makes them more attractive. Meanwhile on our forsaken island some weird sociological shift seems to have made idiot-orange the new brown. 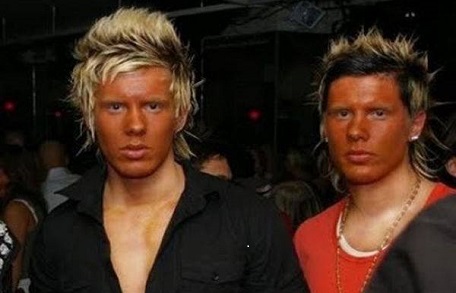 Quick story about me. I’m pale as fuck and freckly all over. My back and arms go brown because I used to work outdoors for years but my legs look like something the river police might drag out of the Tyne after a particularly lengthy man hunt. Anyway, I’ve just never been that fussed but a few years ago I went to The Gambia with my missus. Sat in a bar one evening with a nice beer buzz on, this local fella started chatting to us saying he recognised us from the hotel. After a few more beers, and night having fallen, he said something about my legs being very white and there was a homemade cream his pal gets from Mali that gets you browner than a nut in a couple of days. Weakened by beer I’m sad to say the allure was too much for me. Visions of striding round home in the smallest shorts known to man without causing minor road accidents flooded me so we followed the guy off into the middle of fucking nowhere. There was a shack. He told us to wait, then came back five minutes later and took about seven quid off me. I was giddy with the sense of adventure. He took both my arms and liberally smeared this cream all over them, telling me to do this again once we got back to the hotel. I waved him off with tears of gratitude in my stupid drunken eyes and off we weaved into the dark. When we finally reached the bright lights of the hotel my wife took the pot off me, looked at it and absolutely pissed herself — it was fucking skin bleach. Hats off to him, mind. Ha fucking ha.

Anyway, the grass is always greener, especially when it comes to skin tone, and the Chinese are no exception. Like the ladies in Jamaica they see pale skin as the ideal, and will go to any length to ward off the darkening powers of the sun. Even if it means spending long summer days at the beach looking like an apprentice Mexican wrestler. In Qingdao, Shandong Province, the ladies like to keep the evil rays from their entire heads… I give you The Facekini… 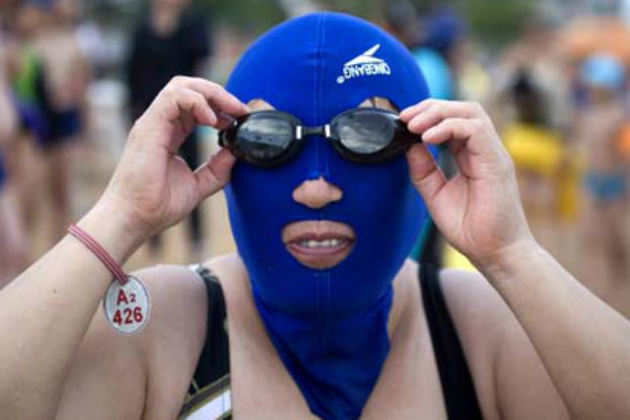 Now on first hearing about the whole pale skin thing I wrongly thought it must be something to do with admiring Westerners. Mad how that’s the first thing that sprang to mind, I must be channeling the spirit of some Victorian Empire building arrogant racist fuck. It turns out that a dark face historically suggested you worked outdoors, which meant you were of lower status, so the paler the skin the more the appearance of being minted and culturally superior. Call me old fashioned but I can’t see how looking like a camp ninja makes you look anything other than daft.