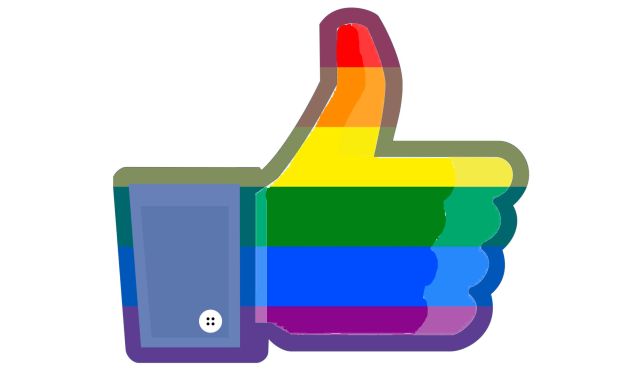 There used to be two gender options on Facebook. Now there are FIFTY.

Facebook is now letting its US users (soon to be worldwide no doubt) choose from FIFTY gender classifications including transgender, cisgender, pangender, agender, gender fluid, intersex and a whole bunch of other terms that I literally had no idea existed or what they even mean.

Obviously this is the right thing to do, very progressive and whatnot, but it’s still kind of wild. There used to be two gender options. Now there are FIFTY. It was a massive deal when they added a third option and now there’s 47 more. FIFTY!

Seriously what on Earth is gender variant? Does your gender vary from day to day or something? Pangender? Agender? Does anyone even know what 80% of these things are?

Here’s a little something to help you out:

Agender (describes people who lack a gender)
Androgyne (is a non-binary gender identity. Androgynes may possess traits that are simultaneously feminine and masculine, or neither)
Androgynous
Bigender (a person who feels that their gender is fully male and fully female, or any pair of genders, generally by switching between the two)
Cis (cisgender and cissexual are a closely related class of gender identities where an individual’s gender identity matches the behavior or role considered appropriate for one’s sex)
Cis Female
Cis Male
Cis Man
Cis Woman
Cisgender
Cisgender Female
Cisgender Male
Cisgender Man
Cisgender Woman
Female to Male
FTM (FTM is an abbreviation for ‘female-to-male’ transsexual)
Gender Fluid (those moving between genders)
Gender Nonconforming (or gender variant is behaviour or gender expression that does not conform to dominant gender norms of male and female)
Gender Questioning
Gender Variant
Genderqueer (a catch-all term for gender identities other than man and woman)
Intersex (a person born with sexual anatomy, reproductive organs, and/or chromosome patterns that do not fit the typical definition of male or female)
Male to Female
MTF (‘male-to-female’)
Neither
Neutrois (taken to mean ‘non-gendered class.’ It refers to a gender identity which is also called null-gendered on occasion)
Non-binary (gender identities that don’t fit within the accepted binary of male and female. People can feel they are both, neither, or some mixture thereof)
Other
Pangender (similar to Androgyne)
Trans (transgender people are people who are born into a body not associated with their gender, or were assigned a sex that does not match their gender)
Trans Female
Trans Male
Trans Man
Trans Person
Trans*Female (the asterisk creates an umbrella term that specially encompasses every single gender identity)
Trans*Male
Trans*Man
Trans*Person
Trans*Woman
Transexual (a subset of transgender, and refers generally to people who identify as a sex other than that they were assigned at birth)
Transexual Female
Transexual Male
Transexual Man
Transexual Person
Transexual Woman
Transgender Female
Transgender Person
Transmasculine (describes those who were assigned female at birth, but identify as more male than female)
Two-spirit (describes Indigenous North Americans who fulfill one of many mixed gender roles found traditionally among many Native Americans and Canadian First Nations indigenous groups) 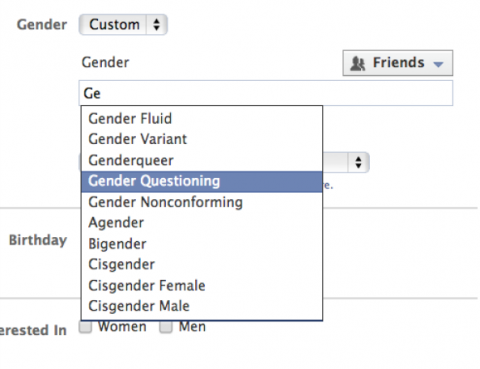