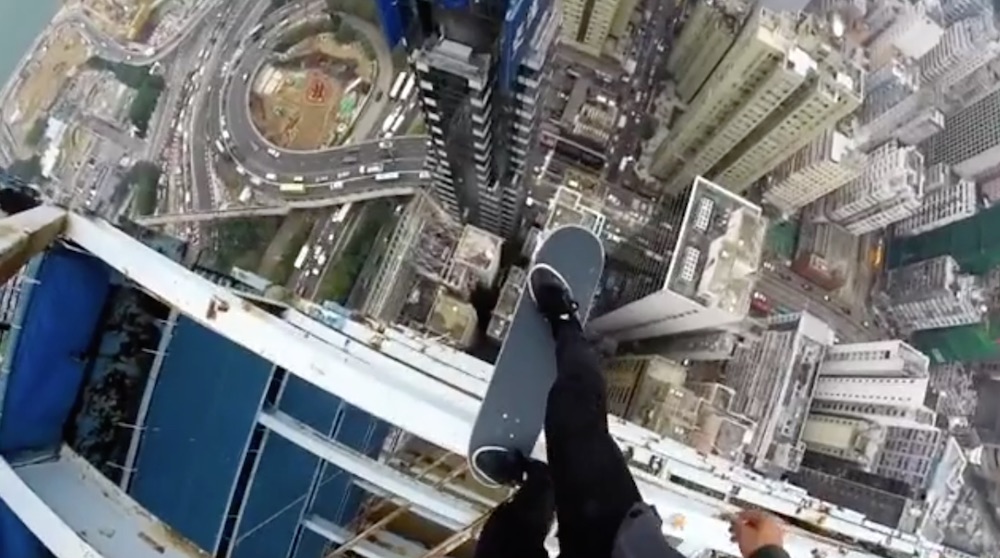 Urban explorers are constantly trying to one up everyone by doing absolutely insane stunts at the top of extremely tall and unsafe buildings and structures, but I think we might have a winner here from this guy called Cheungjai.

Got no idea who he is or where he’s from, but a couple of months ago he decided to climb up to the top of a really high crane and nose stall on the top of it, without a care in the world. You what?

Yeah that’s a whole load of nope. I mean hanging off these buildings with one hand is dangerous, but it’s so 2014, right? All about nose stalling and skateboarding around on top of them now.

I literally dread to think what these guys come up with next because just watching this had me almost throwing up and they keep getting worse every time. Also, you’ve gotta give props to the great choice of soundtrack from this dude – really adds to the atmosphere of the video.

For more of these ridiculous stunts, check out the diary of an urban explorer.