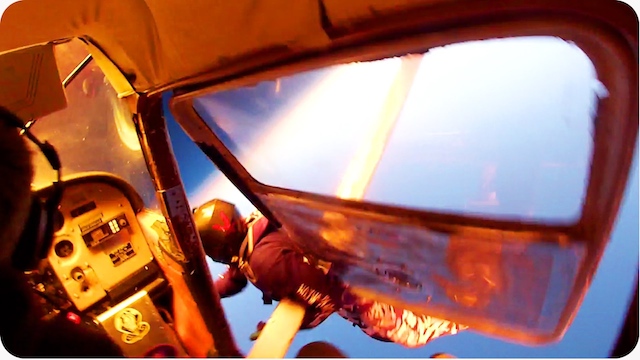 An extended cut of this mid air disaster has emerged and it’s even more terrifying than the original.

About a month ago we posted this video of a midair collision between two planes in Wisconsin that got caught on the GoPro cameras of two of the skydivers involved in it which was pretty much completely terrifying but also really exciting to watch too.

Now, an extended cut that features footage from all of the skydivers involved in the crash has emerged and it’s about ten times more scary than the original video, as you just see an explosion and then some guys falling out of the plane and spinning through the air out of control over and over again from different angles. There’s also a lot of screaming. It’s almost like a real version of Gravity. Don’t watch this if you’re scared of heights.

All 11 of the skydivers managed to survive this ordeal somehow. That doesn’t make it any less frightening though.