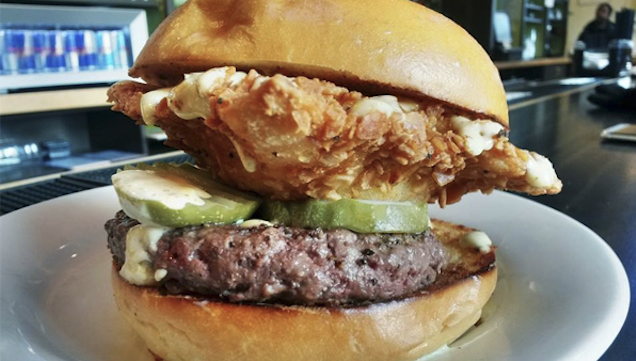 I don’t know what this is but I sure as hell want to try one.

If you didn’t know PBR – standing for Pabst Blue Ribbon – is pretty much the preferred drink of hipsters over in the US, aside from all those different types of craft beer of course. So it makes sense that it wouldn’t be too long until someone came up with some kind of dish combining the other current obsessions of hipsters – food, and preferably burgers –  with PBR, and that honour has fallen to a restaurant called PYT in Philadelphia.

Despite being called The Fried Chicken And Beer Burger, there isn’t actually a burger in there and it’s just a piece of fried chicken in a bun with the usual relish, except it also includes a wonton filled with hot PBR on top of it. Apparently the wonton explodes ‘in the best possible way’ according to a PYT employee, but like other articles have said I would be pretty sure that the best way for hot beer to explode on your face while you’re eating a fried chicken sandwich is for that to not happen at all.

I mean how is hot beer even nice? Who the hell ever asks anyone to bring them a warm beer from the cupboard as opposed to a cold beer from the fridge? Who the hell has even heard of a hot beer? To be honest I feel like this is going to be completely rank and a complete failure – and the fact that it’s only even available for a limited time might already reflect this – but I’d probably give it a go if I was in the area. Or at least get one of my friends to check it out so I could watch them.

Regardless, I can guarantee that all the Philly hipsters are going to love it. Here’s a video of one such hipster called Timmy Boo Boo The Bear eating one of them, although it doesn’t really capture the beer exploding all over his face in the best possible way and more just looks like a guy eating a regular chicken burger. So it goes. 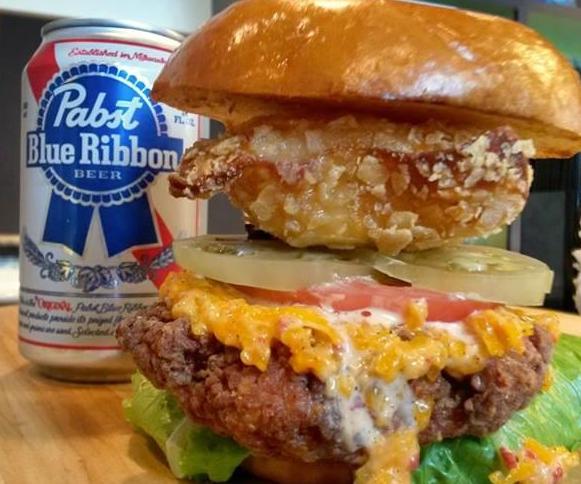