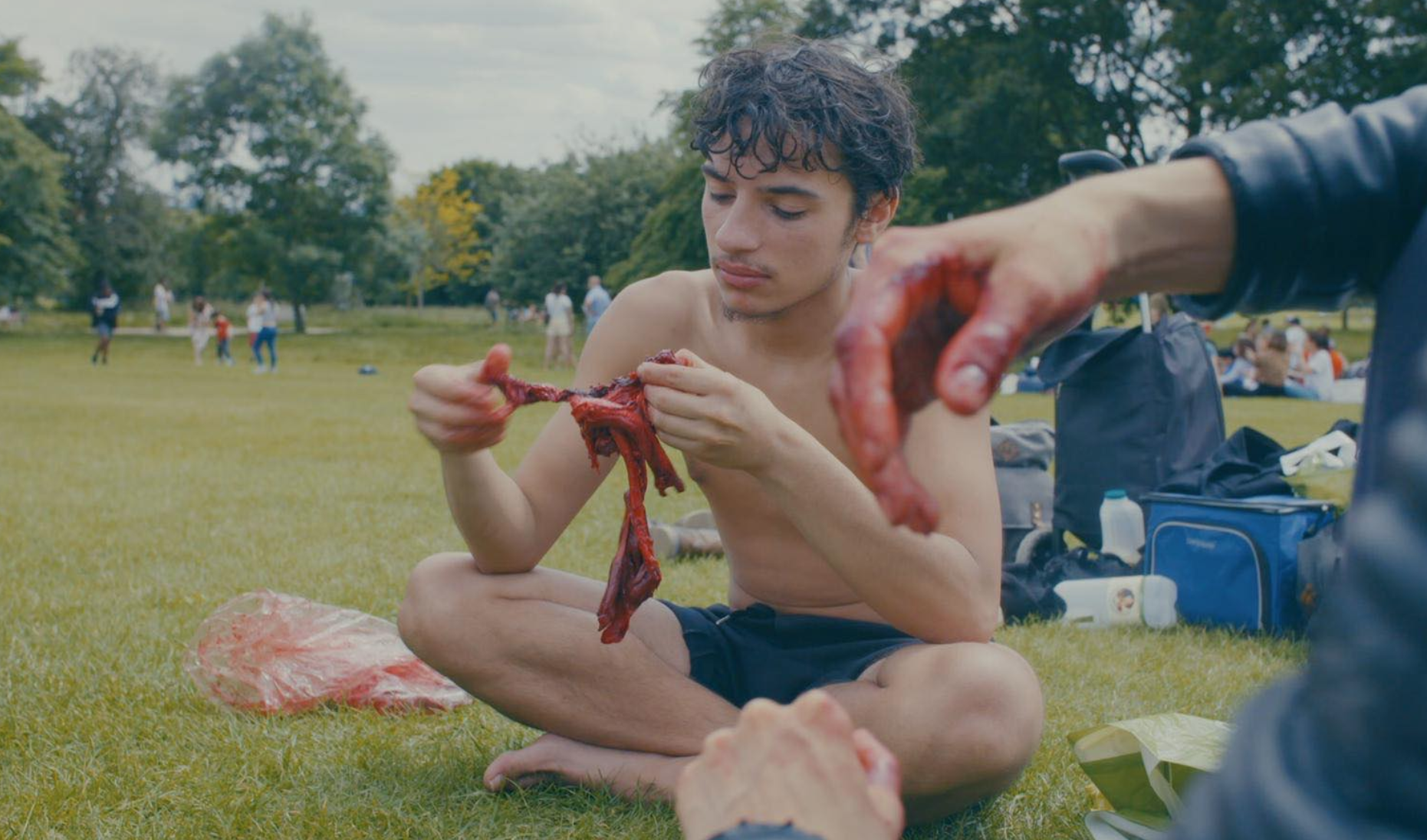 It’s always weird to hear about people who once lived the vegan lifestyle denouncing it and going back to eating meat because they almost invariably have some completely weird story about it and this one is no exception.

31 year old Prem had been a vegan for ten years, but went fully 360 about as far as he could after he discovered the raw meat diet on YouTube. He now exclusively eats raw animals and thought nothing of being filmed for a Channel 4 documentary eating the insides of a dead deer out of a plastic bag in the park with his mates.

Here’s what he had to say about the switcharound: 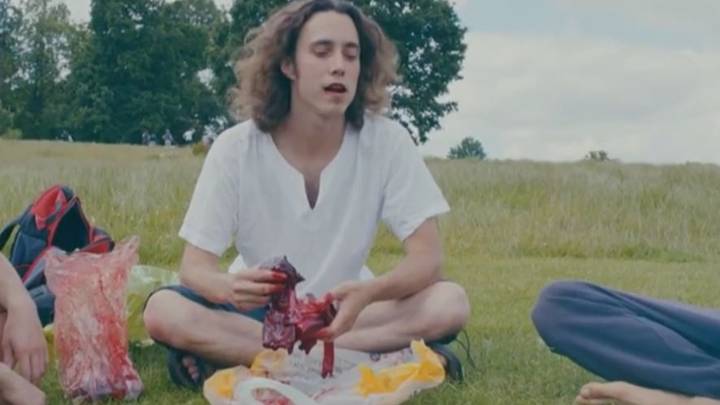 It’s just the innards of a fresh beautiful deer. It just melts like butter in your mouth.

It literally gets you high. I’m going to eat a bit of the spleen now, the heart and the lungs.

It’s good to eat some strawberries afterwards though to cleanse your palette.

The first time dad went raw carnivore he started getting erections in the morning like when he was a teenager.

Yeah, er, cheers for that Prem. Definitely going to make me consider this diet in the future. Not.

So weird how someone can be vegan for ten years and then start doing this. Kinda just confirms that they’re an absolute weirdo.

For more raw meat, check out this freak who loves eating raw meat and maggots. Gross.