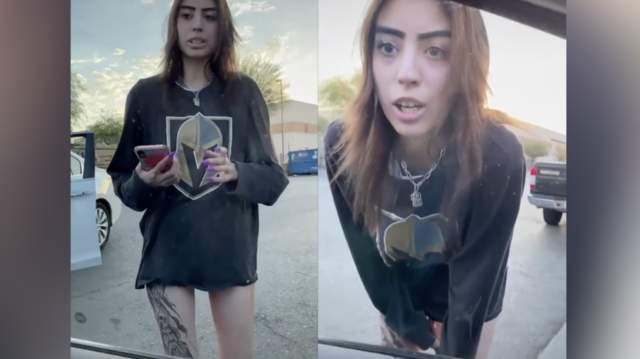 Get a restraining order ASAP.

A creepy ex-girlfriend who looks like one of those girls off the JCS Criminal Psychology videos took her stalking antics to the next level when she turned up at her ex’s workplace at 5am.

He immediately clocks her and starts filming, which is probably a good idea given he might need to show this footage in court some day…

I did some digging and found a bit of background on these two on Reddit (who says we aren’t real journalists?)… 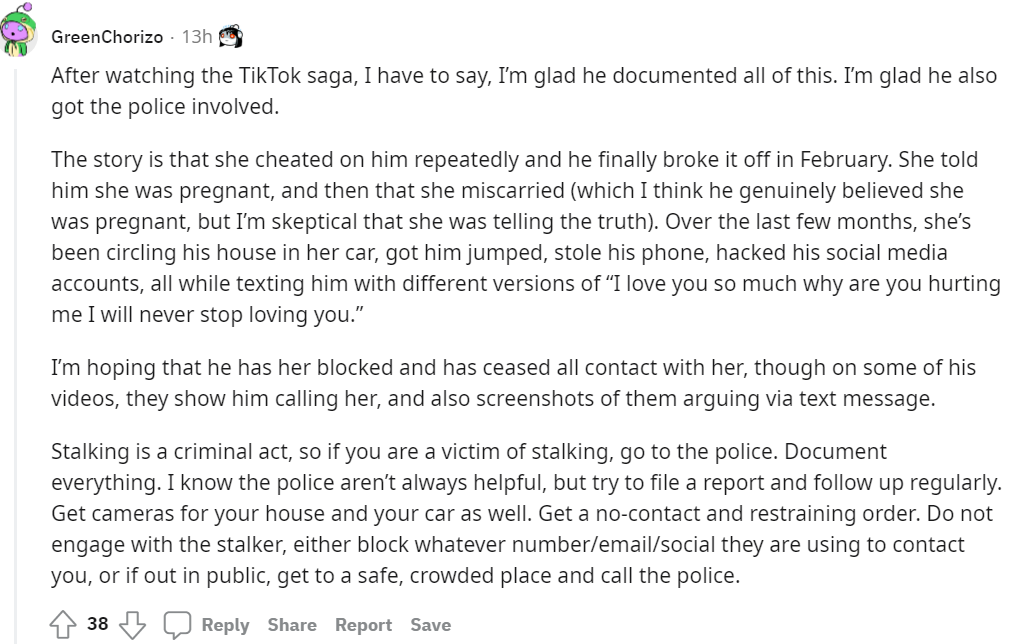 What a nightmare. Some solid advice there at the end though, especially the part about a restraining order. I mean this girl looks like she’s been binging on meth for two weeks straight and also appears to have no pants on while driving around Vegas at 5am. Who knows what she’s capable of?

Have to admit though – would love to see the footage she’s taken from her perspective. Bet she’s on there calling him the crazy one despite turning up to his workplace at 5am to talk to him. Anyone got a link?

To watch a south London parking attendant get confronted by a dad for stalking his 15-year-old daughter, click HERE. Whoops.