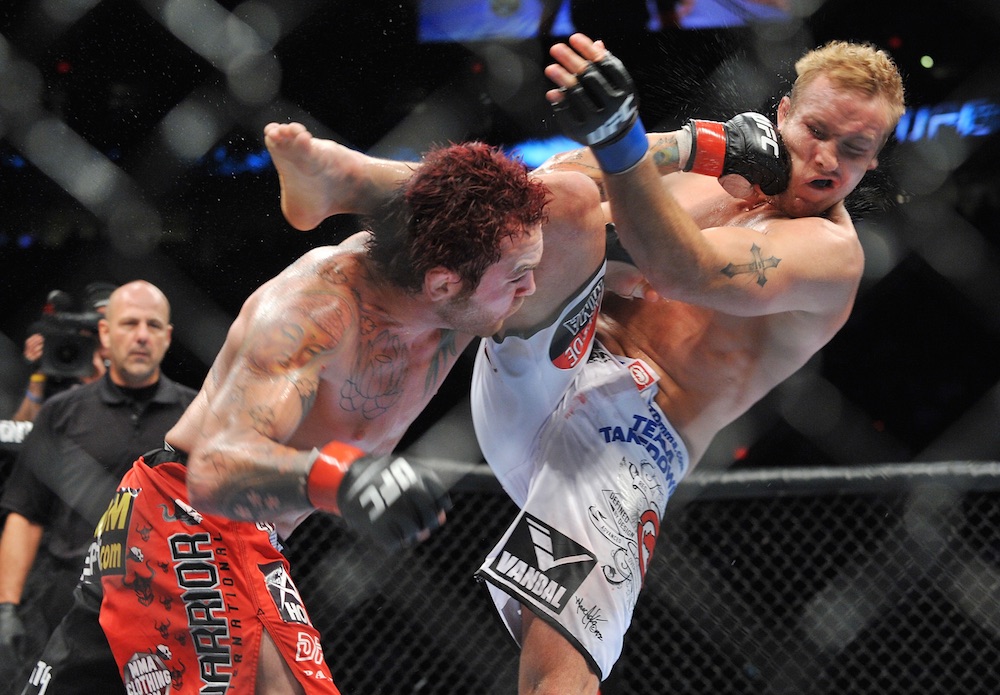 The popularity of UFC may have skyrocketed over the past couple of years, but UFC 1 actually happened way back in 1993, roughly 23 years ago.

Since then, the sport has steadily developed and grown into the worldwide phenomenon it is today. Somebody decided to chronicle the evolution of the sport in the ten minute video below and it really is an eye opener as people were fighting in karate uniforms at the start, whereas obviously you see all the showmanship of the WWE in people like Conor McGregor these days.

Here’s to the next 22 years of UFC – it can only get better looking at how far it’s come since the beginning. And with the monster UFC 197 card coming up, it looks like it’s well on its way.