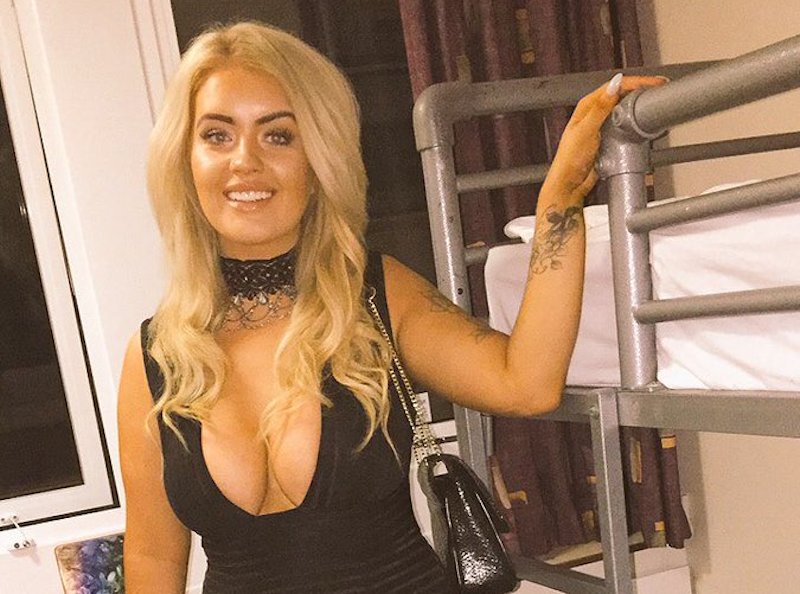 Britain’s youngest Euromillions winner has revealed that she is planning on suing the Lottery, as being rich has “ruined” her life.

Jane Park (who was also the girl who gave her boyfriend INSANE rules for his lad’s holiday) won £1million when she was just 17 years old. Now that she is 21, she says that her life would have been better if she had never won. I’m sure that’s a problem most of us wouldn’t mind facing.

Park argues that someone as young as her should not be allowed to win such a large sum of money and that the minimum age to enter the lottery should be 18 (it currently sits at 16).

Adding onto this “tragic” story, Park says that she became bored with relentless consumption and felt it failed to offer her long-term genuine happiness. Well duh. She now owns two properties, works as an admin temp and lives with her mum in Edinburgh.

I thought it would make it 10 times better but it’s made it 10 times worse. I wish I had no money most days. I say to myself, ‘My life would be so much easier if I hadn’t won.’

People look at me and think, ‘I wish I had her lifestyle, I wish I had her money.’ But they don’t realise the extent of my stress. I have material things but apart from that my life is empty. What is my purpose in life?

I’ve read about other lottery winners who’ve just blown it all and I can totally see how it can be done. I was stuck in front of a financial adviser who was using words like investment bonds. I had no clue what they meant.

It’s scary how different my life is from my friends. When they say they’re stressed about the money they mean their wages are shit.

There’s no one in the same boat as me, no one who really understands. I feel like I’m a 40-year-old.

Oh boo fucking hoo mate. Seriously, that is no reason to complain. Not only is her case weak to start with, but apparently Park received extensive report from Camelot (operators of the National Lottery) following her win, including a dedicated winners’ advisor who visited her home, arranged private banking and someone who supported her through the publicity. So she even had people in place to ensure she didn’t act like a total dick with the money – and she went ahead and did it anyway.

Also, if money was the problem, why is she suing Camelot for even more money? Surely that’s just adding heat to the burn? I’m sorry Jane Park, but it sounds like you need to just quit your moaning and crack on with life. I know, I know, it’s hard when all your friends don’t have as much money as you, but I’m sure you’ll find a way to cope.

To read about the lucky punter who managed to cheat the lottery out of £2.5million, click HERE.