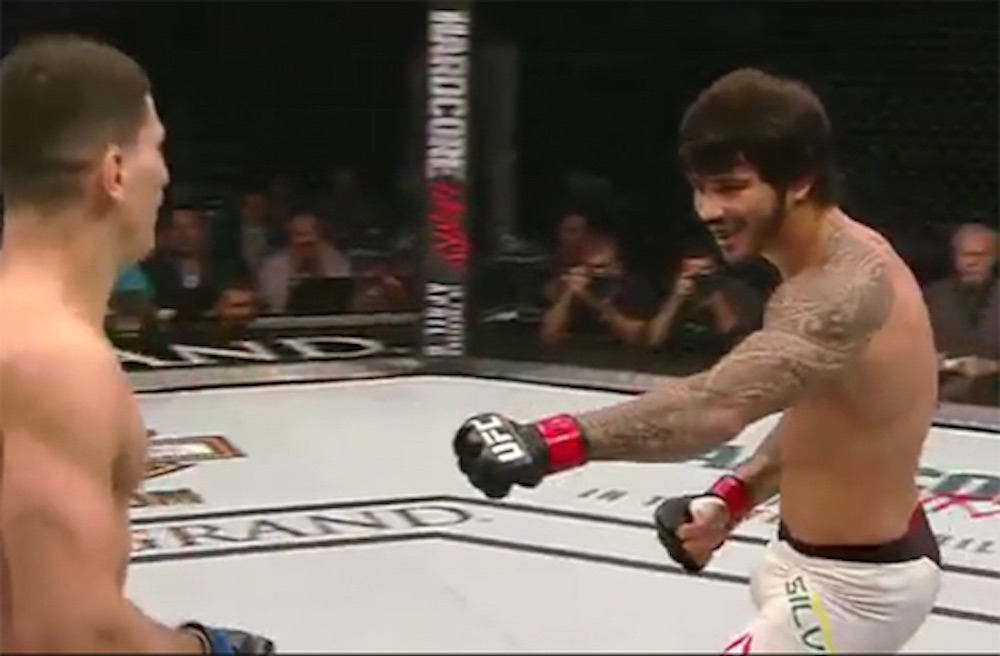 In any kind of fighting sport it’s kind of expected before the fight that the two people taking part will touch gloves as a sign of respect that they’re not just there to beat the shit out of each other, they’re there to test each other’s skill level of fighting. It’s just good sportsmanship basically.

Silva tried to catch Taleb off guard when he went in to touch knuckles by swinging at him once he had dropped his guard. Not cool. Karma caught up with Silva in a big way in the second round though, when he got knocked out cold from one of Taleb’s swings, much to the delight of the crowd.

Damn straight. There’s nothing better than seeing some disrespectful piece of shit get his ass handed to him and this is no exception. For more of the same check out this 21 year old fighter getting knocked out by a 53 year old spectator after he dissed him. Classic.