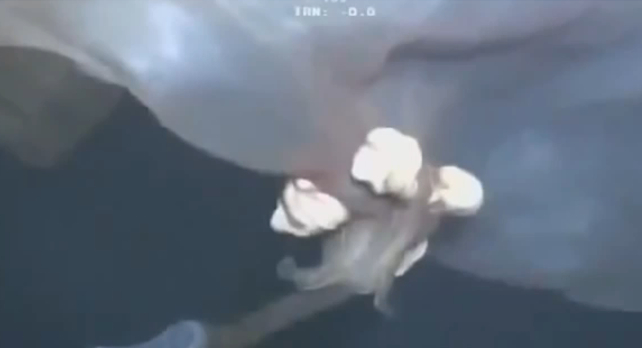 An underwater camera on an oil rig off the coast of Great Britain has discovered a really weird and messed up new creature floating around.

An absolutely huge and completely weird looking sea creature has been captured on a deep sea camera from an oil rig somewhere off the coast of Great Britain. You can see it in the video below and try and work out what it is. Some people are saying that it’s probably a form of jellyfish, but it doesn’t look like any jellyfish I’ve ever seen because it just looks like a huge kinda floppy sheet that keeps folding in on itself over and over again.

It’s clearly sentient though and has some kind of brain power as it’s moving around and even comes up to the camera and engulfs it for a bit in part of the video. There’s also a part around four minutes where you see it open up and can see some kind of weird glowing bit inside it that makes it look even stranger. I’ve got no idea what it is and it scares the shit out of me to think I might be swimming in the ocean one day and one of these things might swim along and just engulf me, it’s literally that big and could be capable of anything.

If anyone has any ideas about what it is then please let us know.