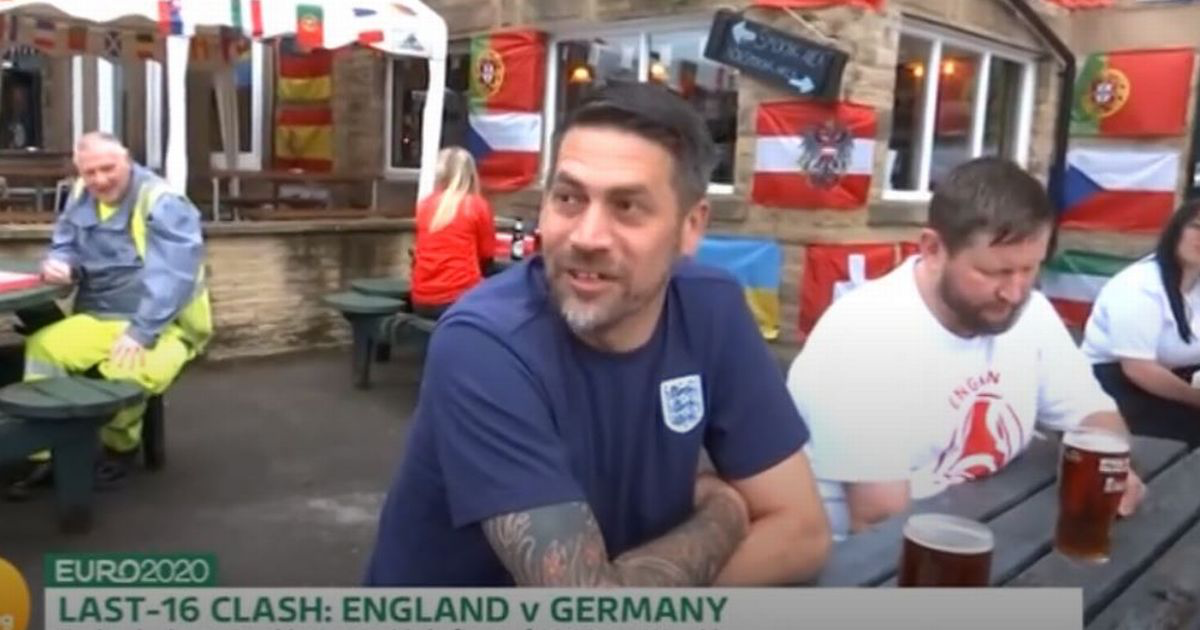 Today’s the day, everyone should have finished work by now and will be heading to their nearest bar/mate’s house to watch England go up against the old enemy one more time in what could be one of their best ever chances to win a major tournament.

At least that’s most of us. Some hardcore England fans have taken the day off work and have been set up in their local pub since 7am this morning, meaning that they’ll have been drinking for a solid ten hours before a ball has even been kicked. Not really sure what the advantage of that is as it will probably mean they’re completely incoherent and won’t even remember the match when it’s happening, but I suppose it’s one hell of an occasion so you might as well as ‘enjoy’ it as much as possible. The classic English way.

The footage was featured on Good Morning Britain this morning, showing a few people in Sheffield in their England kits downing pints at 7am. A lot people called it the ‘most stereotypical English thing’ that they had ever seen on Twitter:

Will anyone in England be conscious by 5pmhttps://t.co/cLb681PplK

I guess we have been in lockdown for the past two years so maybe you can let them off? I’m pretty sure this was exactly what happened back in 2018 though as well. It’s just classic England.

Let’s hope we beat the Germans so there’s at least one more day of major drinking in this tournament. The next game kicks off at 8pm so just imagine how ratarsed everyone will be by then. It’s coming home.

For more of the same, check out these England fans trying to kill each other in the Paris fanzone back in 2016. What a time to be alive.