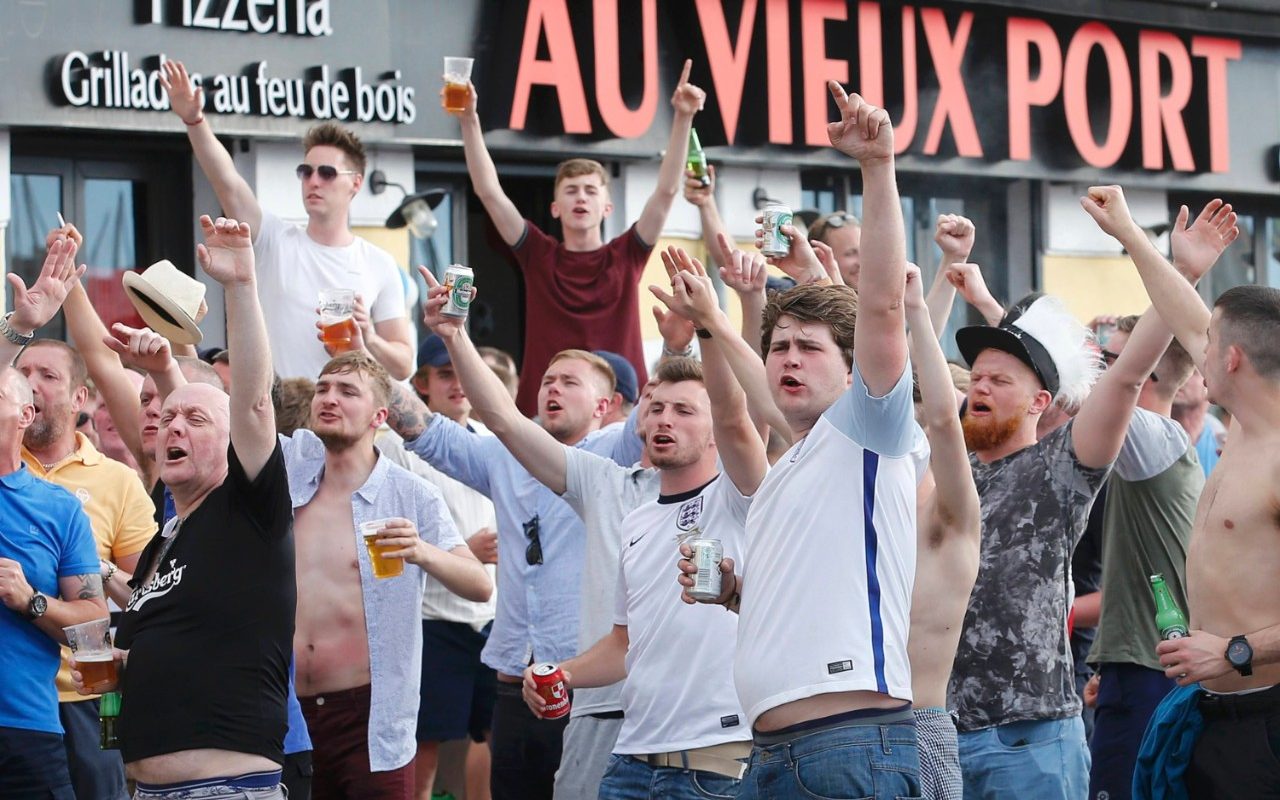 Whilst still reeling from last night’s pathetic performance against the smallest nation to ever qualify for a European Championship, England fans have managed to revel in another cliche of the nation by deciding to attack each other following the final whistle.

The following footage is taken form the Paris fanzone, where it all kicked off after the dismal display against Iceland with England fans deciding to vent their frustrations on each other  by beating the crap out of each other. Fortunately it looks as though stewards stepped in before anyone was seriously hurt, but to be honest, why the hell is this even happening anyway? Just go and have a pint and cry like everyone else you muppets.

Classic England on and off the pitch as it kicks off in Paris Fanzone. Hate our fans at times. #ENG @BBCSporf pic.twitter.com/MvZGlYGUqA

Pussies. Thankfully there haven’t yet been widespread reports of any hooliganism or fan violence over there following the result – and you would think with social media these days then you would find them pretty much instantly – so this seems to be an isolated incident.

Still, it’s classic England and some things never change. Can’t wait to do it all again in 2018 in Russia. Lolz.

For a look at some real hooliganism, check out the mastermind behind Russia’s attacks, a terrifying guy named Vasily. Not someone you would want to come up against in a dark alley, no way.