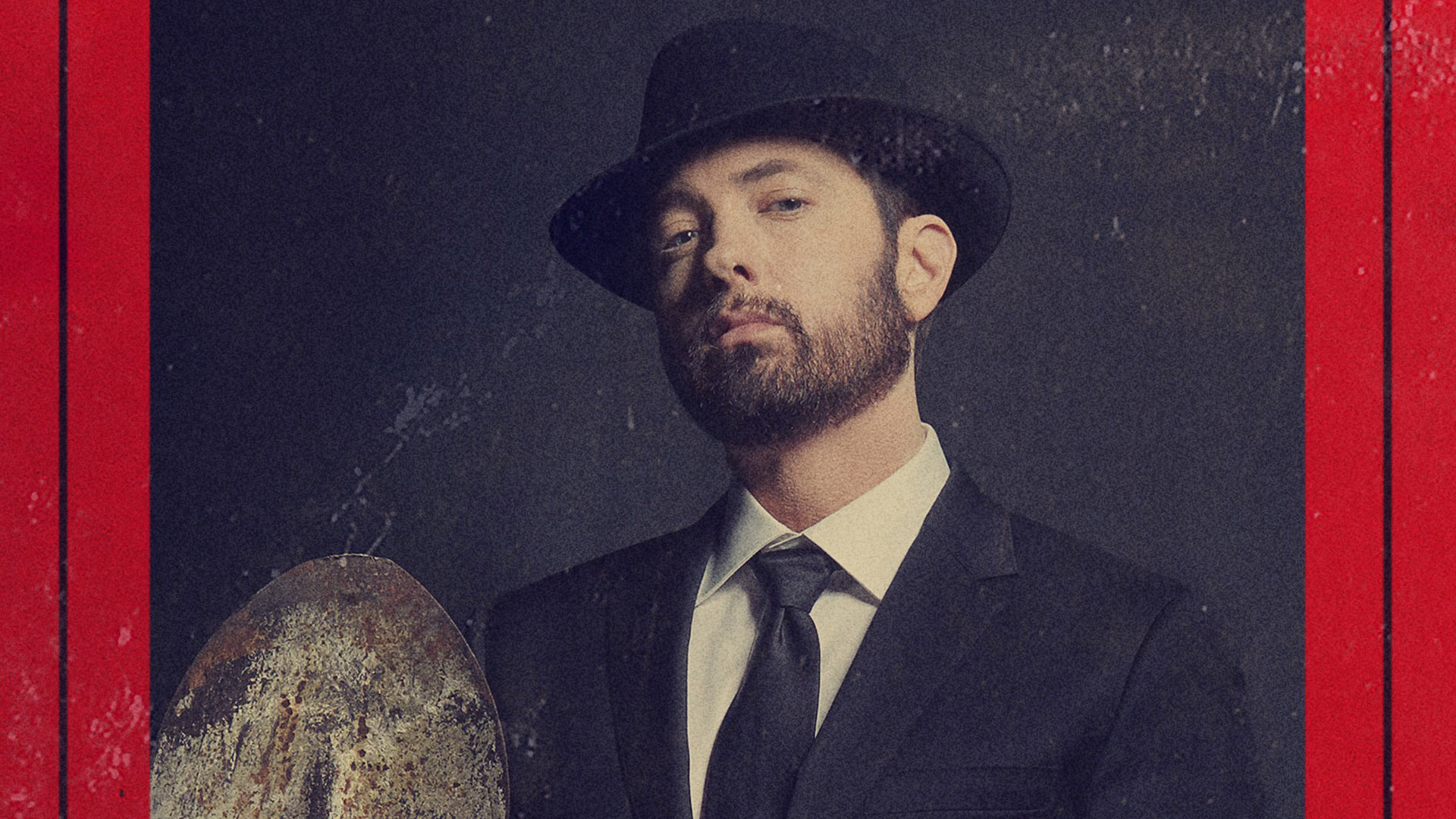 Eminem is one of the most prolific and famous hip hop artists of all time, so it’s always something to get excited about when he decides to drop a new album – and it’s probably even more exciting when he drops that out of the blue. Ain’t even no time to get pumped up for it, just dive right in and get your face blown off like a shotgun to the head sucker.

This is exactly what the legendary Detroit native has decided to do today with 11th album ‘Music To Be Murdered By’, releasing it out of nowhere to fanfare this morning. The 20 track monster features collaborations with Ed Sheeran, Anderson .Paak, Skylar Grey and the late Juice WRLD and kicks off with a diss track aimed squarely at rival Machine Gun Kelly.

He also debuted a new video for the track ‘Darkness’, although be warned it takes kind of a dark turn:

Whoa trust Eminem to come out with something completely and utterly controversial on his comeback hey? Not really sure what he’s trying to achieve by rapping from the perspective of someone who shot up a bunch of people in Las Vegas at a show, but I guess that’s just Eminem for you isn’t it?

Maybe it’ll encourage people who contemplate doing this stuff to get help as they’ll feel that even superstars like Eminem have those thoughts but manage to restrain themselves? Kinda clutching at straw there but I guess there must be some motivation behind this. Interpret it yourself I guess.

If you wanna check out the rest of the album, just click on the Spotify link below:

For more of the same, check out this guy doing an absolutely killer impression of Eminem. Seriously incredible.