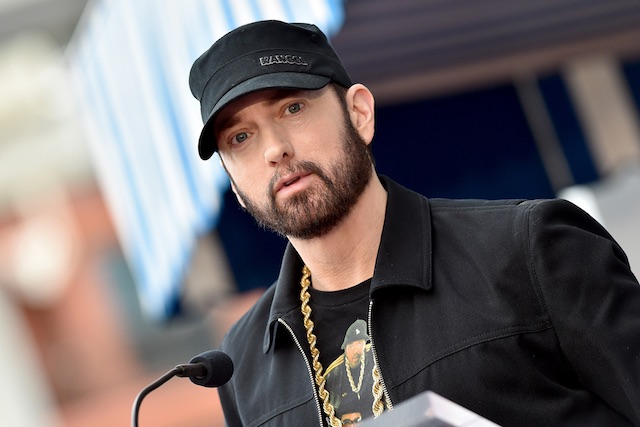 That didn’t take too long.

I think it was only last week that Generation Z TikTokers were trying to cancel Eminem because of some of his more problematic lyrics from back in the day and I said in the article that it was only a matter of time before Eminem clapped back at them with a diss track – and it’s taken way less time than I thought it would for that to actually happen.

Well, kinda, People are saying that Eminem’s new track ‘Tone Deaf’ is a reaction to people trying to cancel him because of the line ‘I won’t stop even when my hair turns grey (I’m tone-deaf) / ‘Cause they won’t stop until they cancel me’, but I don’t think Eminem could have written and recorded this in the last week since those Gen Z kids started doing those TikToks to try and cancel him. Well maybe he could have, but I think it probably would have taken way longer to make the animated video for it that you can see below and that also if this was a direct reaction to them trying to cancel him, he would have come back harder with a diss track that completely rinsed Generation Z and their habits/what they’re wearing etc. That’s more his style sure?

Yeah, I really think that’s just a coincidence that he mentions getting cancelled in that rap. It’s hardly that big a leap of faith considering someone gets cancelled almost every other week now and it’s a big part of our culture, is it?

This is probably the first time that I’ve listened to a new Eminem song in about a decade though, so I suppose that hook has managed to get me involved when nothing else has piqued my interest for a very long time. Pretty much sounds exactly the same as every other Eminem song, although the beat was a little fuzzier than usual. That’s it.

For more of the same, check out when a real life ‘Stan’ broke into Eminem’s house last year. That was pretty creepy.