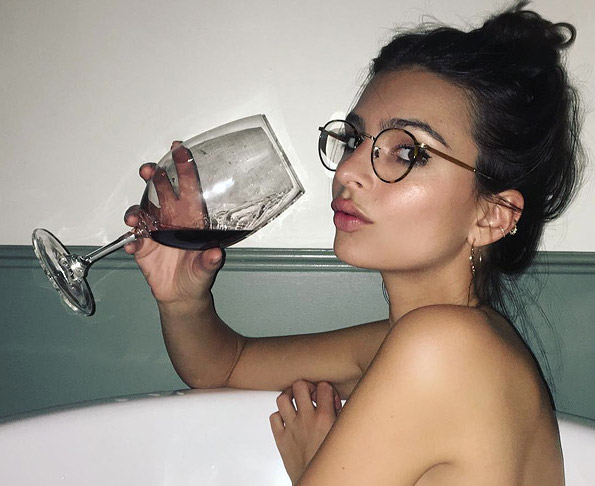 Emily Ratajkowski is no fan of Donald Trump – in fact I think she spends every minute she isn’t getting her bum out ripping Trump on Twitter.

That’s why it was extra awesome of her to call out this New York Times journalist and destroy him in front of the world for casually telling her that “Melania Trump is a hooker” while she was sat next to him:

Sat next to a journalist from the NYT last night who told me "Melania is a hooker." Whatever your politics it's crucial to call this out for

what it is: slut shaming. I don't care about her nudes or sexual history and no one should.

Imagine sitting next to the queen pseudo-feminist and blabbing out “Melania Trump is a hooker” like you’ve just blessed her with some top secret info. He probably thought that since Emily Ratajkowski is anti-Trump she would love anything negative he has to say about him or the First Lady. Well it didn’t quite work out that way because Emily Ratajkowski knows a tosser when she sees one.

Besides, look at what happened to this blogger when he said Melania Trump was a hooker (which she definitely isn’t, by the way). His life is totally ruined.