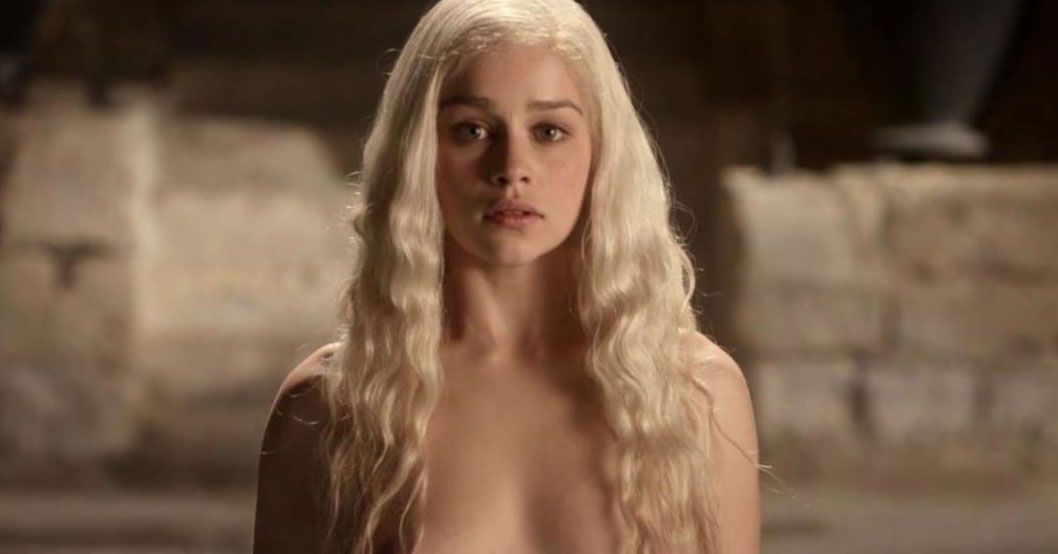 Game of Thrones star Emilia Clarke says she was pressured into doing her nude scenes by producers who guilt-tripped her about disappointing the show’s fans.

Between being raped by Khal Drogo and walking out of burning buildings in the nude, it’s probably safe to say Emilia Clarke spent more time naked on the show than anyone else.

Speaking to actor Dax Shepard for his Armchair Expert podcast, Emilia recounted some difficult encounters with the show’s producers during filming:

I’m a lot more savvy [now] with what I’m comfortable with, and what I am OK with doing.

I’ve had fights on set before where I’m like, ‘No, the sheet stays up’, and they’re like, ‘You don’t wanna disappoint your Game of Thrones fans’. And I’m like, ‘Fuck you.’ 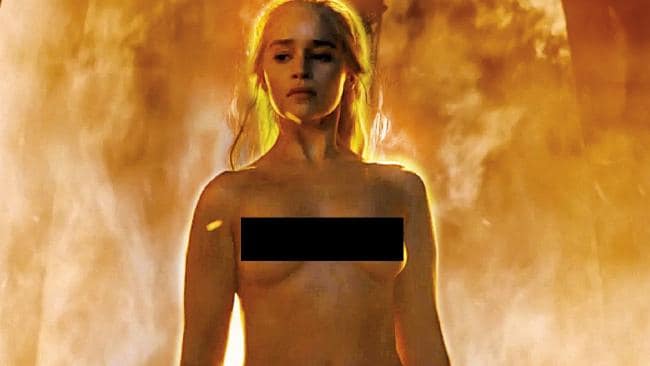 Emilia says she was naive and so humbled to be a part of the show that she had a hard time saying no:

I took the job and then they sent me the scripts and I was reading them, and I was, like, ‘Oh, there’s the catch!

But I’d come fresh from drama school, and I approached [it] as a job – if it’s in the script then it’s clearly needed, this is what this is and I’m gonna make sense of it… Everything’s gonna be cool.

I’m gonna cry in the bathroom and then I’m gonna come back and we’re gonna do the scene and it’s gonna be completely fine. 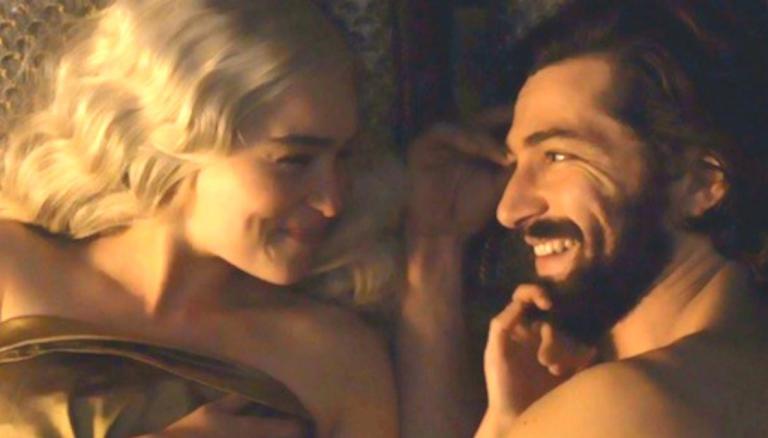 Bit rich of the producers saying she wouldn’t want to disappoint any Game of Thrones fans considering the reaction to the final season. Sounds like something they should have been worrying a bit more about themselves?

At the end of the day though when you’re a big time TV star you get paid to do what’s in the script and if that involves taking your clothes off then I guess that’s what you’ve signed up to do. That’s not to say you can’t refuse to do it or suggest alternatives, but when it’s your first major gig and you’re getting paid millions and becoming a household name week-by-week I can see why she had a hard time pushing back.

Also if I remember right I don’t think Khaleesi’s nude scenes were particularly distasteful or pointless? I’m sure someone can make an argument for them empowering the character (well maybe except for when she’s raped in season 1). But with her new Christmas movie out this month maybe sh regrets being nude so much in Game of Thrones.

Unfortunately this sort of thing is all too common in Hollywood – Evangeline Lilly from LOST also claims she was forced to do nude scenes against her will.