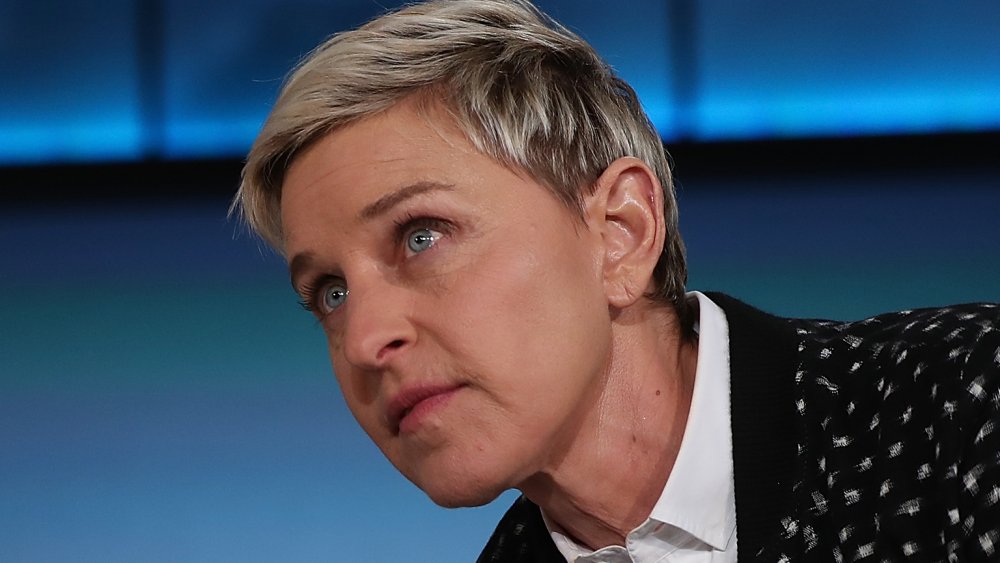 These stories just get worse and worse.

The Ellen Show is currently under investigation by parent company WarnerMedia after a ton of stories came out from staff on the show all accusing Ellen of being a racist, a bully and generally an awful, self-important hypocrite whose ‘be kind’ campaign is total bullshit. You can read all about that here.

Well today a Senior Executive of Australia’s Today Show shared his own story about Ellen from when she appeared on the programme back in 2013, and it involves her staff laying down the rules for how to behave around Ellen.

Neil Breen, who now presents his own show, said Ellen’s staff were the only ones who were allowed to interact with her – and they ‘walked on eggshells’, laughing so loudly at her jokes during the interview that he had to tell them to be quiet … adding that he found the whole situation ‘bizarre’. …

Breen told 4BC, the radio station where he is now a host, that Ellen was initially supposed to co-host the Today show during her tour of Australia seven years ago, but the plan was continually changed and watered down by her team.

Eventually, it was agreed that Ellen would do a sit-down interview with entertainment reporter Richard Wilkins in Melbourne – meaning production had to be moved there from Sydney at the show’s expense, Breen said. …

‘The producer called us aside and said, “Now Neil, no one is to talk to Ellen. You don’t talk to her, you don’t approach her, you don’t look at her,”‘ he said.

‘”She’ll come in, she’ll sit down, she’ll talk to Richard and then Ellen will leave.” …

Breen said he had no idea whether Ellen knew what was happening around her, ‘because I never got to talk to her’.

Wow. Does anything say “I am better and more imporant than you” than telling someone you can’t look at or talk to them? I mean Ellen is a talk show host but she’s out here acting like some kind of God among humans even way back in 2013. You might expect this sort of deluded celebrity BS from someone like Madonna or Mariah Carey, but Ellen?! Can you imagine someone like Keanu Reeves or Margot Robbie or other cool celebrities way more famous than Ellen acting like that?

The craziest part is that Ellen flew all the way out to Australia to be on this show, so I’m guessing she had something to promote. But instead of being appreciative and warm and charming, she went around acting like a queen who will take your head off if you so much as look at, talk to or approach her. I wish the Aussies had just told her to do one.

Anyway, the more stories that come out about Ellen, the more I think she’s about to become one of the first justifiably ‘cancelled’ celebrities of 2020. I mean you can’t just get away with having that much power and money and treat the people that work for you like dirt, can you? Well come to think of it maybe you can. But we’ll have to see how this internal investigation pans out.

For the time Ellen called Justin Timberlake for no reason and filmed the whole awkward mess, click HERE.