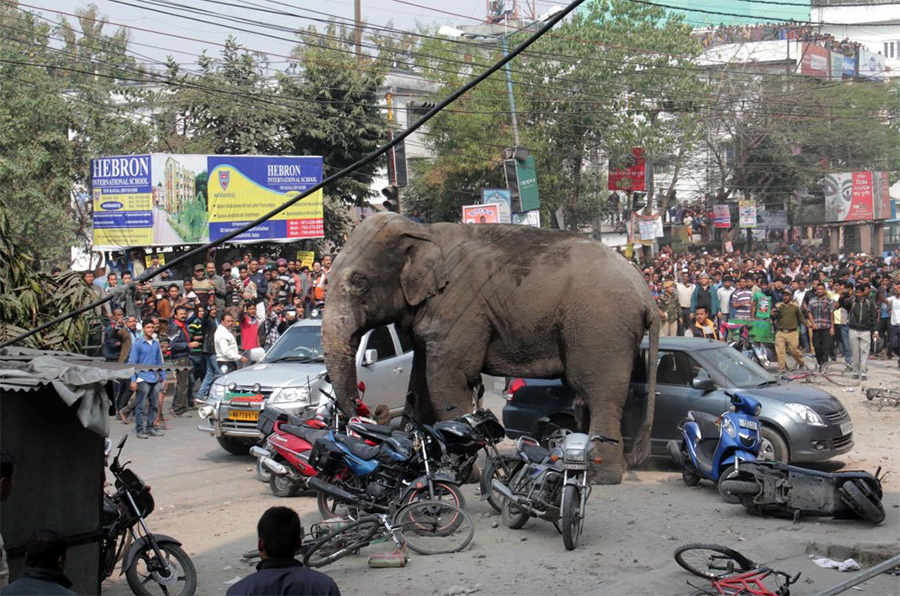 Big week for the animal kingdom over in India — first we had that leopard wreaking havoc inside a secondary school, then that goat was arrested for repeatedly fucking up someone’s garden, and now it looks like the elephants’ turn to raise hell.

Residents of Siligui in the north-east awoke to find the fully-grown creature rampaging through their town, damaging up to 100 houses before eventually being taken down with tranquiliser guns — 7 hours after the rampage began.

An elephant has gone on a rampage in a village in India's eastern West Bengal state, damaging around 100 buildings https://t.co/bsYEQsCAy7 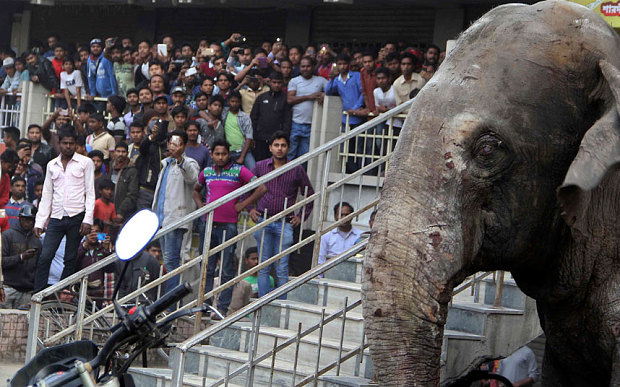 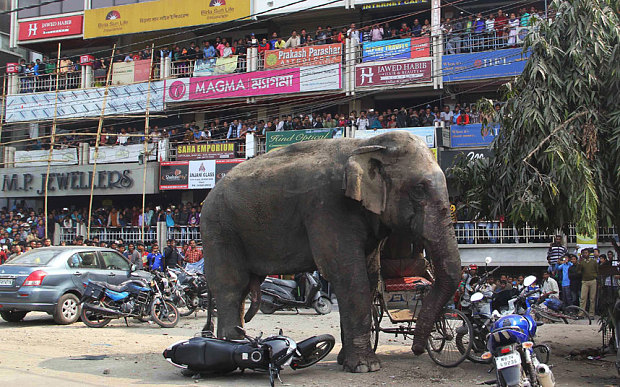 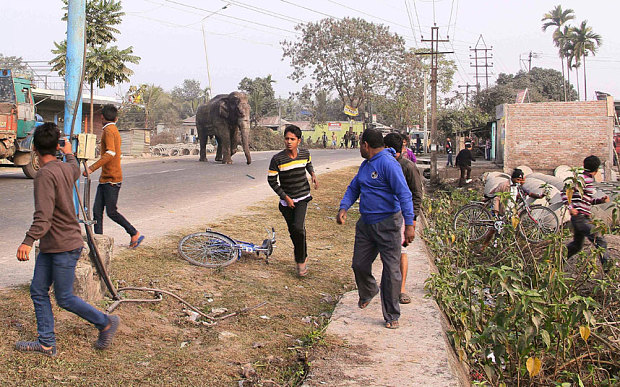 And here I am freaking out over the odd spider that shows up in my hoiuse from time to time. Nothing like seeing a fully-grown elephant cause mass destruction on the streets of India to put things into perspective. The mad thing is most of these people don’t even seem that surprised over what’s happening — just your casual everyday elephant attack, no biggie.

For the saddest photo in Internet history, check out this baby elephant crying its eyes out after its mum tried to kill it.