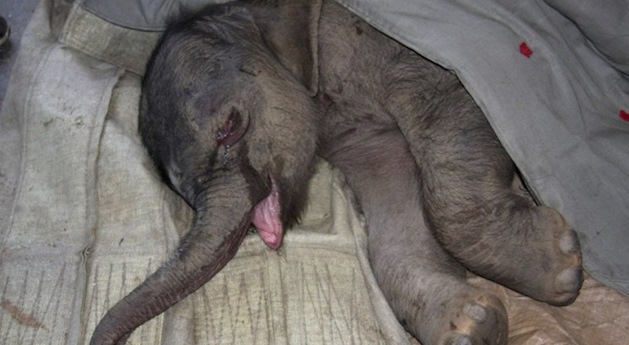 This baby elephant was bawling for 5 hours straight after his mum tried to kill him. Twice.

Isn’t this the saddest picture you’ve ever seen in your life?

This newborn elephant was crying for 5 HOURS without stopping after his mother tried to stomp him to death. The vets assumed it was just an accident and after treating the elephant returned him to the enclosure, where his mother tried to attack him AGAIN. A keeper drove the mother off as the calf sobbed under a blanket.

“The calf was very upset and he was crying for five hours before he could be consoled. He couldn’t bear to be apart from his mother and it was his mother who was trying to kill him,” said an employee at the zoo.

The elephant has now been adopted by the keeper who saved him at the Shendiaoshan wild animal reserve in Rong-cheng, China.

We hope this elephant’s mum gets poached for her tusks and turned into elephant burger. 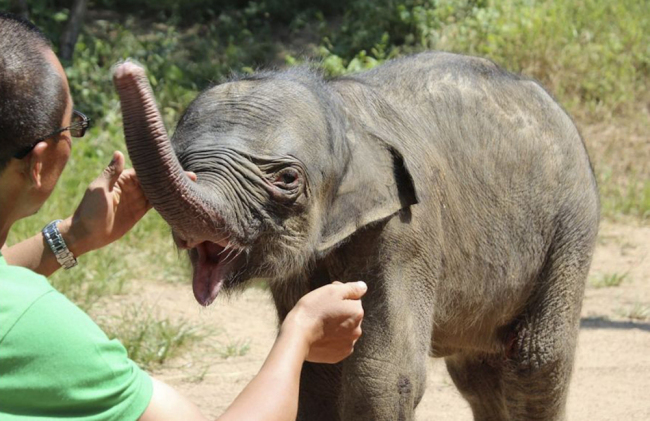